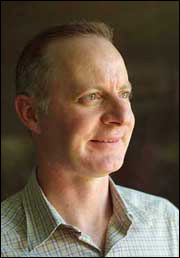 Queensland Premier Anna Bligh has appointed a new minister to oversee the technology portfolio as part of a cabinet reshuffle, following the revelation last week that the state’s long-standing ICT Minister Robert Schwarten planned to retire.

Although it maintains a low profile in most other states, the technology portfolio has shot to prominence over the past year in Queensland, after a payroll systems overhaul project at the state’s health department went disastrously wrong — leaving many medical staff without pay and Bligh threatening legal action towards one of the project’s suppliers, IBM.

In late June 2010, Bligh revealed the state would abandon its centralised IT shared services model as its exclusive structure for delivering IT services in the wake of the Queensland Health payroll disaster and damaging revelations of widespread problems in associated programs.

It is not yet known how close Finn’s relationship will be with the State Government’s technology service delivery structure, or what his experience in the technology sector has been. However, on paper his career shows little history of having much contact with the sector which he will now oversee.

Elected in 2004, Finn represents the electorate of Yeerongpilly and resides in the suburb of Moorooka in Brisbane. Before entering parliament he worked in welfare and community services — including working in housing and employment to assist people with low incomes.

Finn did not mention technology in his first speech to parliament — unlike high-profile Federal politicians Stephen Conroy, Kate Lundy and Scott Ludlam — with his maiden speech primarily being concerned with how Government could help those at a disadvantage in society.

The news comes as part of a wave of change sweeping technology portfolios in state governments around the nation. Victoria also has a new ICT Minister in the person of Gordon Rich-Phillips, after the Coalition won the recent state election, and the Labor NSW Government is expected to lose the upcoming state election. It is not clear yet if the Coalition will appoint a dedicated ICT Minister, however — typically the portfolio has sat under the state’s Commerce Minister.