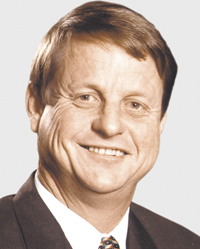 Queensland’s State Opposition has called for the head of the state’s IT minister, Robert Schwarten after a string of delayed and problematic government technology projects yesterday became a fiery issue in parliament.

A report in June by the state’s Auditor-General slammed the governance of three massive state government technology consolidation projects, pointing out that they have all substantially blown their timeframes. And Labor has also been under fire in the state over its disastrous payroll systems upgrade at Queensland Health, which has resulted in some delays to staff payments and a potential legal disagreement with supplier IBM.

Yesterday Schwarten admitted in parliament that the state’s massive Exchange email consolidation project would be delivered in 2012 — two years after its initial due date. The so-called Identity, Directory and Email Services program (IDES) has been delayed, according to the Minister, by lengthy contract negotiations and machinery of government changes.

“If Minister Schwarten cannot oversee his department and the roll-out of these IT projects then he should stand aside and stop telling Queensland taxpayers lies about the delivery of this multimillion dollar program,” said Shadow IT Minister Jann Stuckey in a statement yesterday, referring to the email project.

“Just like the bungled Queensland Health payroll system, the computer program at the heart of this project requires heavy modification. This project has much in common with the payroll disaster — the high cost, the significant changes to the program, the delays and complexity.”

Stuckey stated that the $297 million IDES project was “rapidly unravelling” under Schwarten’s governance and said it could be a disaster in the making along the same lines as the Queensland Health payroll project.

“Like almost every other IT project promised by this long-term Labor Government, the Minister’s promise is a promise that hasn’t been delivered,” she said. “I wonder who Robert Schwarten will try to blame this time.”

“One year on, the project has not been completed, the Minister has admitted he can’t meet the December deadline and cannot even guarantee the IDES project will start in June 2011,” said Stuckey.

The Shadow Minister also brought the departure of IDES Program Director John Parker before the project was completed into the spotlight. “The question has to be asked — did he jump ship or was he pushed?” asked Stuckey. However, Parker is believed to have retired, with his position having been advertised to find a replacement.

Queensland Premier Anna Bligh in June revealed QLD would abandon its centralised IT shared services model as the structure for delivering IT services after the events of the Queensland Health payroll bungle.

Schwarten was unable to immediately respond to Stuckey’s claims because he was sitting in the Queensland Parliament today and was needed in the chamber.