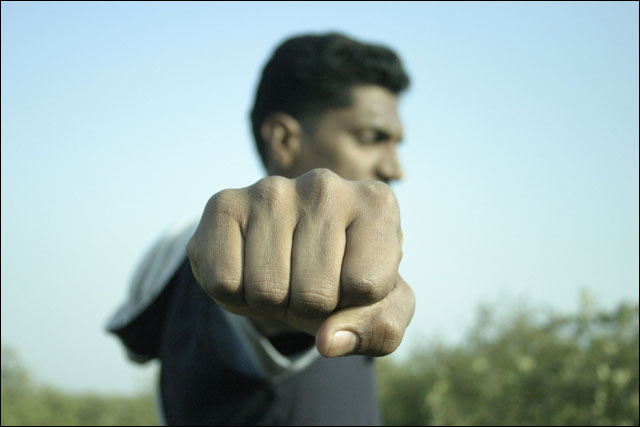 Electronic Frontiers Australia has delivered a virtual slap in the face to the Australian Federation Against Copyright Theft, picking a string of holes in research released yesterday by the group which suggested internet piracy was costing Australia’s economy $1.37 billion annually.

During a press conference held on the set of Stephen Elliot’s new comedy, A Few Best Men, at Fox Studios Australia yesterday, AFACT — which represents a number of movie and television studios — released the results of a study conducted on its behalf by IPSOS and Oxford Enconomics. The study (available online as a PDF) said practices related to movie piracy – such as illegal downloading and streaming – caused a loss in revenue of $1.37 billion and of about 6,100 jobs in the 12 months up to July 2010.

However, in an article posted online late last night, Electronic Frontiers Australia board member and lawyer Kim Heitman demolished the research bit by bit, claiming that content owners were “well known for offering up gargantuan figures that don’t hold up under real scrutiny”.

For starters, he said, the report’s assumption that 45 percent of downloads equalled lost sales was “unproven”. In fact, the movie industry was currently making record profits — and although downloads would have an effect, this might actually be offset by the advertising effect on future releases. Some movies that were downloaded may not have even been available to view or buy in Australia, Heitman added, calculated flow-on effects to other industries were “wholly speculative”.

Bigger issues were also at stake, according to the lawyer.

“Peer to peer file sharing is merely the latest in a sequence of technologies since the 19th century which have been claimed to be the ruin of the creative arts,” said Heitman “… the copyright owners said the same thing about copies of sheet music, tape recorders, every iteration of personal recording system and indeed public radio.”

“Change is consumer-driven, and it’s futile for the industry to try to hold fast to a business model and methods of content distribution which are dying with or without fierce law enforcement of copyrights.”

Heitman said the EFA presumed that the release of the report was the precursor to “a renewed campaign” for tougher penalties against file sharing in Australia — such as a mandatory “three strikes” scheme. However, he said, the better path lay elsewhere.

“We urge the movie industry to cease waging war on its best customers, and instead focus on providing a more compelling offering to the public,” he wrote. “The best way to ensure future profitability is to make quality entertainment available in an easy-to-use form, free from cumbersome rights-restricting controls, and at a reasonable price.”

“The industry has a habit of crying wolf with these sorts of numbers, trying to drum up support for tougher laws,” he said in a separate statement. “But there are many factors they don’t take into account. Treating downloads as lost economic activity is flawed, and downloaders are actually some of the entertainment industry’s best customers. The study also ignores the effects to the wider economy of money being spent elsewhere at Australian-owned businesses.”

Jacobs too, said it was time for content owners to provide a better alternative.

“Instead of waging war against their customers – and trying to get government help to do so – the movie industry should focus on improving its own offering, and give customers a better alternative to the peer-to-peer networks,” said Jacobs. “History shows that customers are happy to pay a fair price for a good product and a good service.”