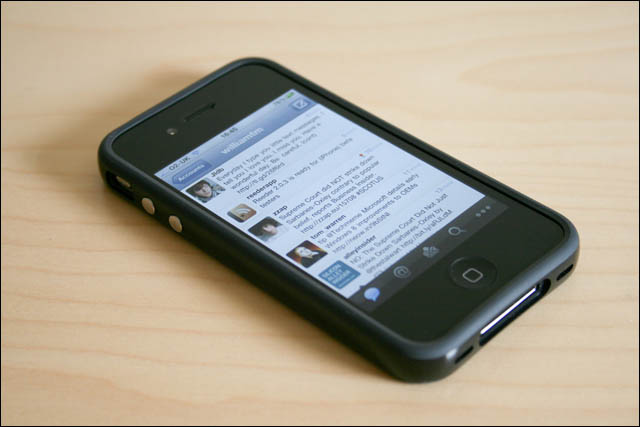 blog A long-held rule of the global capitalist system has been that any given commodity will gradually go down in price over time, due to wider availability and improved manufacturing processes which drive scale. But now, according to MacTalk, Australia’s beloved top two telcos, Telstra and Optus, have decided that — despite the presumed imminent launch of Apple’s next mobile Jesus, the price of the iPhone 4 should instead go up:

“Believe it or not, but there are people who didn’t buy their iPhone on launch day. Step outside of our nerd bubble and the bulk of people buying iPhones happens now, not on launch day. Their contracts end, or they just want a new phone and go buy the nicest one out there, which happens to be an iPhone 4. The telcos know this as well and it seems they’ve jacked up iPhone 4 pricing to leverage that fact.”

MacTalk’s contention (please click through and read their detailed story) is that the two telcos have actually hiked the price of the iPhone 4 since launch day last year — by $120 on a $79 cap plan in one Telstra example, and by $168 in a similar Optus example. Vodafone, in comparison, appears to have cut its prices; but then, many customers are unclear as to whether they can currently get service from the embattled telco.

To be honest, this isn’t exactly illegitimate behaviour from the point of view of the two telcos. The iPhone 4 is in hot demand, after all — why not make hay while the sun shines, the argument is probably going internally. Telco plans change all the time and customers have always had to choose from a set of current offers when buying a new handset.

However, it does ring slightly unfair, given the incredible strength of the Australian dollar against the US greenback, and the fact that consumers today will be paying more for what is exactly the same hardware, on exactly the same networks. Telstra and Optus could at least bundle in a few value adds — extra data packs, maybe a nice choice of covers — to take the sting out of the wallet raid.