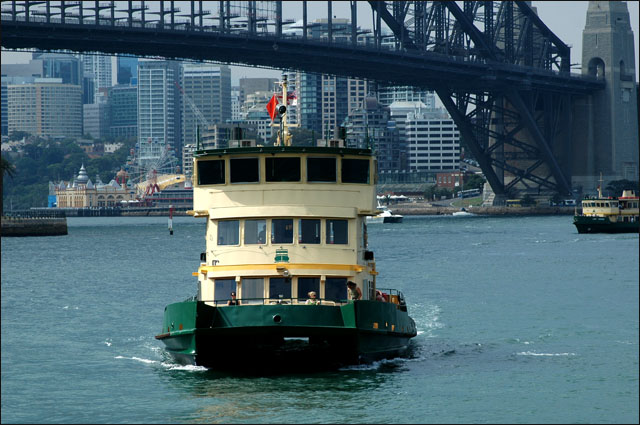 The New South Wales Government has extended its provision of free Wi-Fi access on Sydney ferries to cover a total of 13 vessels, in the wake of a trial last year which had seen more than 140,000 people logging on to the network initially set up on the Manly Ferry.

Transport Minister John Robertson said in a statement this morning that from today, all ‘First Fleet’ ferries — for example, the Charlotte, Golden Groce, Scarborough, Friendship, Borrowdale and Manly ferries — would feature free Wi-Fi access as standard, meaning 70 percent of customers on Sydney’s ferries would get access.

The free service includes either 30 minutes or 30MB of download quota per device and can be used for a morning and an afternoon session each day.

“Passengers will be able to check their emails, read the news and catch up with friends online with travelling across Sydney Harbour on a ferry,” said Robertson. “This is great news for regular commuters who’ll be able to use their commute to work to get things done.”

The Labor State Government is widely expected to lose the upcoming NSW election on 26 March this year. However, Robertson called on the Coalition to commit to maintaining the service if it was elected. “All we have heard from the Opposition about Sydney Ferries is how much they plan to cut,” he said. “Shadow Treasurer Mike Baird confirmed last week that $40 million will be slashed from Sydney Ferries’ budget and ferries will be privatised under an O’Farrell Government.”

Claiming the cuts would mean 100 jobs being wiped out, Robertson said it was the public’s right to know which services Leader of the Opposition Barry O’Farrell would cut, which jobs he would be, and “how soon he will dump free Wi-Fi if elected”.

However, the Labor Government, too, has cancelled Wi-Fi projects in NSW. In May 2008, the state revealed it had decided not to go ahead with a plan to deploy free Wi-Fi services in the Sydney CBD and other metropolitan centres around the state, after evaluating responses from 15 organisations to build and operate the network. The project was initially announced in November 2006 — just before the last state election.