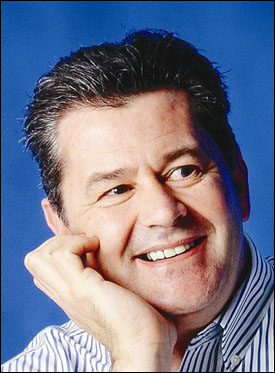 Australia’s peak technology industry representative group has sharply criticised Victoria’s new Coalition Government for its apparent decision to reject an ‘opt-out’ approach to rolling out the National Broadband Network in the state in favour of requiring residents and businesses to ‘opt-in’.

The new State Government has not made an official statement of its position on the matter, but new Victorian Premier Ted Baillieu sparked controversy this week when he told The Australian the NBN rollout “ought to be optional”. The Tasmanian Labor Government has pursued the opposite approach in its own rollout.

In a statement issued yesterday, the Australian Information Industry Association — which represents hundreds of technology companies operating in the local market, including global giants like IBM and Microsoft, said it had “reservations” about Baillieu’s approach.

“We would welcome the opportunity to discuss these issues with the Victorian Government,” said AIIA chief executive Ian Birks (pictured).

“An opt-in approach to NBN take-up will almost certainly delay the broader community, and ultimately the national benefits that can be delivered by ubiquitous take up of high speed broadband,” he added. “Arguably, those who are least informed and most disconnected will be disadvantaged the most – and everyone will be subject to unnecessary administrative red tape, which is itself a disincentive to take-up.”

Birks alleged the value of high levels of broadband usage was “well-documented around the globe” and said with Australia already playing “catch-up” with its Asian neighbours, now was “not the time” to introduce additional barriers to community engagement with the digital economy.

“A key value of ubiquitous broadband is critical mass – having whole communities connected and using the infrastructure. This in turn, drives momentum, innovation and demand for smart applications that will benefit both communities and the economy, ” said Birks. “The productivity benefits of a digital economy depend on more than providing optional access to pipes and cables. We have to turn our attention to stimulating use and the development of new applications.”

“It is incumbent on government and business alike to ensure every Australian is given the confidence and skills to participate in our digital economy. The risk of falling behind is too important to ignore.”

The lack of clarity around the opt-out idea being legislated in Tasmania currently extends to other states. The NSW Labor Government — which is expected to lose the next state election in March — has ruled out following the opt-out path, although the state Opposition is not yet known to have released a policy on the matter.

The Queensland Government is also not known to have made a decision on the issue.