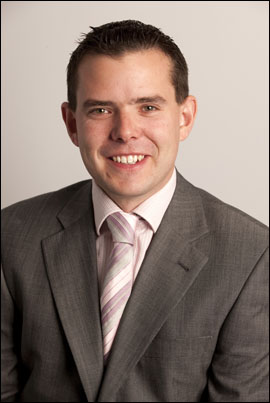 Perth-based fabrication, construction and services company AGC has gone through an extensive overhaul of its technology infrastructure over the past year that has seen — among other things — a number of Windows 95 PCs finally phased out and the latest network, storage, datacentre, desktop and telephony technology installed.

“We literally started from scratch,” said the organisation’s chief information officer David Redpath (pictured) in an interview last week. Redpath recently migrated across from the UK, where he was group ICT manager at Hertel Holding — a similar organisation to AGC.

Redpath said when he joined AGC, it was obvious the company — which is part of the larger AusGroup conglomerate — needed a refresh of most of its technology infrastructure, as it had outgrown its previous generation of technology.

The first step for the CIO was to conduct a review of the situation to discover what where the current issues, as well as what the company wanted to achieve with a refresh. A strategy document was then produced, detailing waves of technology rollouts that would affect virtually the entire company.

First cab off the rank for AGC was its datacentre strategy. Redpath said the company shifted its 50 or 60 servers from what he described as a “cupboard” in one of the company’s offices into two datacentres.

Network and storage platforms were addressed, with one of the largest pieces of AGC’s overhaul being the purchase of two IBM XIV systems to support its storage strategy, which had previously been based on EMC. Redpath said AGC went through “a proper tender process” to buy the hardware, with multiple vendors competing.

The difference between IBM’s pitch and those of its rivals, he said, was that Big Blue had listened to what his company was trying to achieve with its strategy, rather than just asking how much disk space it needed. In addition, he said the XIV avoided a traditional problem with storage area networks in that virtual drives on a SAN (known as logical unit numbers or LUNs) normally needed to be set to a certain size and couldn’t be easily changed without rebuilding the SAN.

With the XIV, he said, his staff could simply re-allocate space to any virtual drive without any hassle. “You don’t need an admin looking after the SAN,” he said. And the redundancy on the unit was also good — AGC has suffered a disk failure on the new platform, but the system kept on functioning throughout.

“We took 12 disks out and the business never even knew,” Redpath said.

AGC’s desktop platform has also seen a revamp, with the company standardising on Dell PCs and WIndows 7 being rolled out through Microsoft’s System Center Configuration Manager tool. Redpath said the company’s users had actually been pushing his team to get the rollout done quicker, because some had Windows Vista on their desktops and wanted to upgrade to Windows 7, with many staff already having the new operating system at home.

XP was also in use inside the company, and even some Windows 95 machines, which Redpath said had been carrying out very specific functions in the company’s workshop.

An Office 2010 rollout is also in the cards in the new year, and AGC has also carried out a migration to Exchange 2010, as well as an upgrade of Active Directory. Other current projects include a new ERP platform, with the company currently going through the selection process, and Microsoft’s Lync desktop communications platform (formerly Office Communications Server) will be deployed in 2011.

Looking to the future
With such a wide-ranging rollout across the organisation, Redpath’s IT department will be on the cutting edge of new corporate technology for some time. But the CIO is already looking to the future with a view to staying on top of the trends.

For example, although AGC currently hosts its Exchange implementation in-house, eventually he can see it moving to the cloud.

“I would be very surprised if most organisations hosted an Exchange environment in five years’ time,” the CIO said, noting that in general he thought cloud computing had “a huge part to play”. AGC already uses some security products hosted in the cloud, and Redpath said he believed most of the questions around the limitations of the cloud would be answered in the next few years.

For example, he said, much of the current limitations were around pricing frameworks. “To get true flexibility, you want to flex up and down,” he said, noting some cloud providers didn’t allow an end user to downsize the services they were buying as their needs changed.

“Once that gets mature … I think a lot of CIOs will look at it and say: ‘What value do I get from my email service?’,” he said. “People will say: More and more can go to the cloud.”

In addition, like Jetstar chief information officer Stephen Tame, Redpath sees physical desktop telephones gradually vanishing from employees’ desks as softphones like Microsoft’s Lync platform become more popular. “My view and my aim is the death of the desk phone,” he said. “I just don’t see the need for it. I look around the office these days and very few people use a desk phone.”

However, Australia’s infrastructure may not totally be up to the tests which cloud and IP telephony will place on it just yet. “The thing with Australia that’s holding it back is the lack of broadband,” said Redpath. “In the UK or some of the Asian countries, broadband availability is much better.” The problem, the CIO says, is particularly an issue for dispersed branches in remote parts of Western Australia.

Ultimately, much of what AGC has done is to ensure it has the best environment to support and retain its staff. Redpath notes that employees are expecting more from their employers as the consumerisation of technology in the enterprise gathers pace.

“We’ve got to realise that and provide the facilities,” he says. And there’s no doubt AGC’s staff will thank him for it.