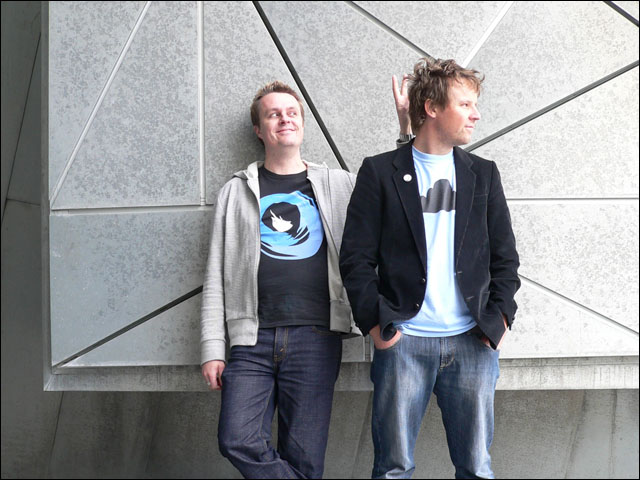 Melbourne based internet startup Stateless Systems has sold its RetailMeNot site to emerging US online media player WhaleShark Media for an amount close to $90 million.

Stateless was founded in October 2006 by online veterans Guy King (above, right) and Bevan Clark (above, left) on the back of the then-fledgling RetailMeNot site, which allows users to find and share discount shopping coupons, deals and tips at some 70,000 stores around the globe, as well as the popular BugMeNot site, which allows users to bypass compulsory registration on some sites.

This morning US-based online coupon group WhaleShark Media announced the acquisition of RetailMeNot, in a deal which Delimiter understands is worth close to $90 million. RetailMeNot itself will make close to $30 million this year in revenue, with what is understood to be a high profit margin.

It is understood that no staff will transfer across to WhaleShark as part of the deal, which also does not include Stateless’ other properties or the Melbourne startup itself.

The deal represents one of the largest liquidity events in recent years by an Australian startup outside of the stock exchange listing of companies like Wotif.com.

RetailMeNot was founded in 2003 and pulled in over 90 million unique visitors globally over the past year. The site’s reach is demonstrated by the fact that on Black Friday — a day in the US which sees some retailers discount heavily, the site pulled in more than 1.2 million site visitors.

WhaleShark Media was founded in November 2009, with funding from a number of early investors such as Austin Ventures, Norwest Venture Partners and Adams Street Partners. The company has rapidly acquired a number of other startups in the online deals space — Deals2Buy, Coupon7, Cheapstingybargains, Couponshareand Deals.com.

The company is led by former Bankrate chief operating officer Cotter Cunningham, who is understood to be currently in Melbourne meeting with Stateless Systems’ management, as well as a clutch of online veterans from companies like MySpace, HomeAway.com and so on.

The ‘deals’ space is currently developing extremely fast online, with companies like Groupon expanding their revenues rapidly internationally, and a clutch of Australia-based companies such as Spreets doing the same. RetailMeNot operates on a slightly different model than Groupon, but was one of the first sites globally to target the emerging coupons or deals market.

Rumours are currently swirling in the US technology sector that Google is in talks to buy Groupon for $6 billion.

All three of WhaleShark’s existing investors provided financing to assist with the RetailMeNot buyout, and NVP general partners Jeff Crowe and Josh Goldman will join WhaleShark Media’s board of directors as a consequence.

“This acquisition moves WhaleShark Media to the front of the pack in the growing B2C online coupon space,” Crowe said in a statement.

“WhaleShark Media is positioned to capitalise on two key online trends: first, consumers are increasingly turning to the web to save money when they shop; and second, online merchants are beginning to realise just how effective it is to market their coupons through high quality publishers like RetailMeNot.com.”

“We are thrilled to introduce the benefits of RetailMeNot.com’s unique community-driven model to WhaleShark Media’s consumers and merchant partners and add them to our growing portfolio of deals and savings-related sites,” said Austin Ventures partner Thomas Ball.

“We’re excited for RetailMeNot.com to gain access to the talent, platform and partners of WhaleShark Media,” said Stateless Systems’ King. “With these resources we will be able to provide consumers with an even greater range of coupons while maintaining our focus on offering the best possible user experience for our community.”