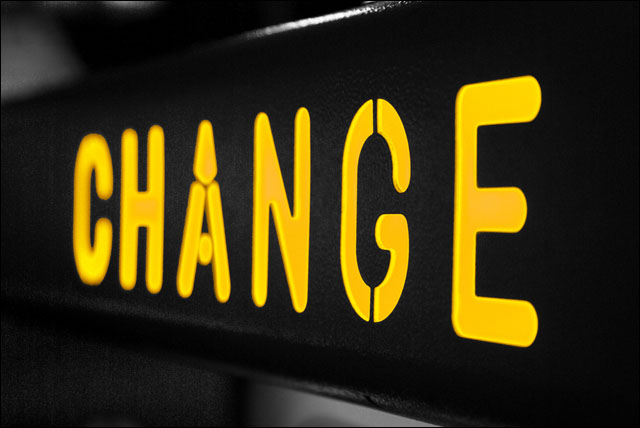 opinion There used to be a certain degree of predictability surrounding the introduction of significant new technologies into Australian IT departments.

The introduction of new telephony platforms based on the internet protocol into large organisations over the past decade is a good example of this. You have a legacy technology – in this case, analogue PABX systems and desk phones – which is replaced on a one to one basis by something new – IP telephony and unified communications systems. Benefits ensue.

Organisations can understand this sort of change because it’s the sort of thing they’ve seen before.

For years, for example, IT departments have been scheduling in a mass upgrade to the next version of Microsoft Windows or Office, or selective upgrades of server platforms or applications. And even where a technology deployment has been a bit more revolutionary – say, for example, the migration off per-server storage and onto storage area networks – it’s been something that they can quantify and understand.

Companies like Microsoft, Oracle, SAP, Symantec, IBM and so on have become very good at managing this sort of technology upgrade cycle. It has benefits for the end user, because they get new features and performance enhancements on a regular basis, and for the vendor it offers a recurring revenue stream as they roll out a new upgrade on a regular basis.

But now all of this is set to change.

There are two revolutions which are smashing into Australia’s enterprise IT sector concurrently at the moment, and they are both broad-reaching and transformative. They cannot be easily quantified into a one for one replacement strategy, and their power is such that they are causing chief information officers and IT managers to question their entire enterprise IT architecture.

I speak, of course, of the dual-headed hydra beast formed by the confluence of cloud computing technology and Apple’s iPad.

Over the past several months, as part of Delimiter’s feature series on private cloud in the Australian context, we conducted around thirty interviews with key executives in Australia’s technology sector to get their views on current trends.

What we found was nothing short of extraordinary.

For starters, the server-side platforms of Australian IT departments are currently in upheaval. This chaos is not strictly being created by the increasing migration of every operating system and every application into virtualised environments, although that shift is playing a part. It is the fact that Australian CIOs are now actively considering abolishing datacentres altogether and shifting all of their servers into the clouds of service providers like Telstra that represents the real upheaval.

As IT departments become increasingly abstracted from the infrastructure that their higher order services run on, they will experience a fundamental change in nature as the businesses that they serve realise the depth of technological change going on.

Then too, the user, or ‘access’ side of computing is also changing drastically.

Organisations could deal with the ongoing migration away from desktop PCs to laptops because, again, it was a one to one replacement deal that saw desktop functions replicated in a mobile environment.

But the rapid adoption of iPads in Australian organisations – which a half dozen pundits have described to Delimiter as the fastest corporate uptake of any technology they have ever seen in careers spanning twenty years – is a fundamentally different proposition.

The iPad does not simply replicate the functions of a desktop PC or laptop; in fact, it does not replicate many of them at all. Instead, it often evolves them, as the iPhone did before it, into a more appropriate and usable form. A good example of this is the way that many executives are using cloud storage platforms like Dropbox to synchonise their documents with their iPad and pass the device around in meetings to show the files to others.

Top-level Australian executives are known for being conservative when it comes to adopting new technologies. But not so with the iPad. Where many boards of directors have had to be dragged into the digital age over the past decade, today in Australia it is this level of management which is leading the charge to use the iPad.

Over the past month I’ve head stories of companies which already have between 300 and 400 iPads in use within the corporate firewall, and this week I heard of one with a fleet larger than 1,000. And many of these deployments are not corporate-sanctioned rollouts; they represent employee-bought devices which are being used for work purposes.

These two trends are converging on Australian CIOs’ heads because they represent the onset of a revolutionary access technology at the same time as application and delivery technologies are heading into the cloud.

Australian workers are starting to demand that their data and applications can be delivered to any device, anywhere, at any time, and they want all this now. Cloud computing + iPad = a level of flexibility and productivity that has heretofore been impossible in the enterprise.

To be honest, after thirty interviews and two months, I don’t know where all this is going; I don’t have a clue what’s next, and in some ways I feel out of my depth, because all of this means every IT department in Australia could look drastically different in just two years’ time.

But it’s also exciting. You have to love change to work in technology; and change is accelerating right now in our industry at a speed that I have never seen before. That can only make our lives more interesting and engaging.

Am I wrong? Are the iPad and cloud computing merely another generation of hyped technologies that will never deliver their promise? Let me know your thoughts in the comments field below.