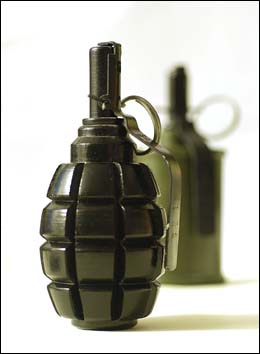 blog Communications Minister Stephen Conroy won’t have been too happy this morning when he picked up his copy of The Australian newspaper — if he still reads it, that is, after his public attacks on the masthead last month.

This morning the newspaper went on the attack against the good minister’s per National Broadband Network project again. I count at least four articles (online and in print) over today and the weekend, The first of which is fair enough — it deals with the same issue we covered this morning regarding a report by the Organisation for Economic Cooperation and Development that appears to go some way towards backing Malcolm Turnbull’s criticisms of the project.

However the paper has gone further — publishing a yarn by its economics editor, Michael Stutchbury, accusing the NBN’s taxpayer return of being “modest at best” and claiming the OECD’s report was “a stinging rebuke” to Labor.

Then there’s an opinion piece by Paul Kerin, a professorial fellow, Melbourne Business School, whose main exposure to the telecommunications sector appears to be from a consulting perspective. Kerin claims Conroy’s “excuses” for not conducting a NBN cost/benefit study of being “nonsense”.

There’s also a report of a warning by the Australian Communications Consumer Action Network that the NBN project was “cumbersome” when it came to providing basic telephone services.

So is The Australian going too hard on Conroy? It’s a question we asked three weeks ago — and judging from the amount of reader responses, the matter is still up for discussion. I think several of the recent pieces are quite valid, but I’m not sure about all of them. But at least it’s creating debate, which is what any major government project needs.