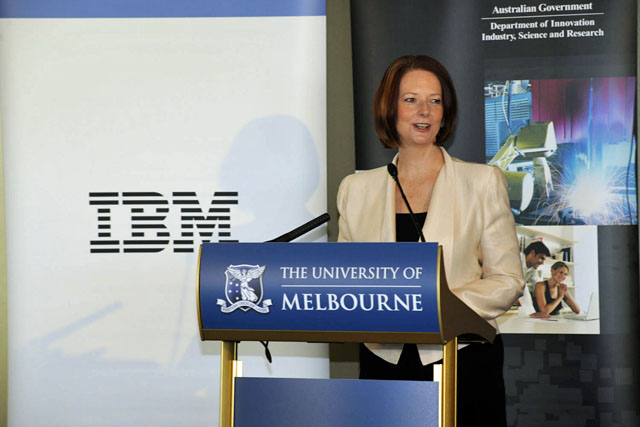 Prime Minister Julia Gillard this morning launched a new global research & development lab which IBM has created at the University of Melbourne, partnering with the State and Federal Governments to create 150 new jobs at the facility over the next five years.