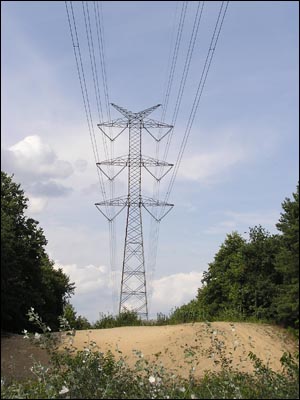 Two of Australia’s prominent energy utilities have expanded existing relationships with IT outsourcing partners as they look to wring more value from their IT support arrangements.

AGL and TCS already had a significant past together. In mid-2007 the utility announced it would outsource IT support to TCS in a deal which it said would save it about $60 million over the succeeding five years. The contract would enable the delivery of AGL’s extensive internal IT change program.

Yesterday TCS said the relationship had evolved into what it called a “full services play” covering consulting, implementation, assurance, outsourcing and support, with over 650 TCS consultants delivering services to AGL — with the majority being what it called “second-generation outsourcing” or new projects.

“TCS’ focus on the relationship, rather than the contract, has resulted in higher levels of service each time we moved a new area to TCS. We expect the new deal to similarly enhance our experience, further strengthening our strategic relationship,” said Owen Coppage, chief information officer and group general manager, customer operations at AGL, in a statement distributed by TCS.

“TCS has been gaining significant traction in the Australian and New Zealand market. Hence, we partnered with TCS to move AGL from a silo-based support structure to BMC’s value-based approach with our Business Service Management offerings,” said Chip Salyards, vice president of BMC’s Asia-Pacific region.

Western Australia energy utility Verve has also expanded its relationship with Japanese IT services giant Fujitsu, although — unlike TCS — it didn’t disclose the value of its deal.

Like TCS, Fujitsu had already had an existing relationship with Verve, dating back to at least October 2009, when the pair announced Fujitsu would design the utility’s energy trading management system, which was built on .NET and Oracle technologies.

Yesterday Fujitsu revealed it had inked a new contract with the utility to provide an IT service desk, in a “multi-million dollar” three year contract with two one-year options to extend.

“We are looking forward to Fujitsu establishing a high quality, cost effective Service Desk solution for Verve Energy’s independent IT environment,” said Verve CIO Brian McSkimming. “Fujitsu’s Service Desk will provide a central point of contact for Verve Energy users to find support and assistance for their queries. This service will deliver significant benefits to Verve Energy throughout the State of Western Australia.”