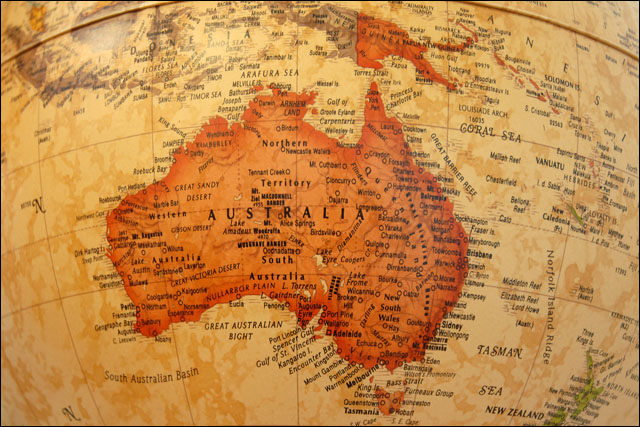 This article is by Matthew Hatton, a disgruntled consumer and opinionated writer based in Newcastle. You can find him on Twitter at @bernietb. This opinion piece was originally published on his blog, The Rant-O-Matic, and is re-published here with his permission.

opinion The creation of the internet has ushered in the era of the true global marketplace. It has expanded the reach of business beyond what anyone in history could have imagined. It has given consumers the opportunity to not only shop locally or nationally but also now globally.

The opportunities are there for business as well. Just as consumers can shop from any number of online stores, businesses can also sell their products and services to a person regardless of which corner of the world they reside in. The ability for a business to be able to compete, and potentially profit — from a global marketplace has never been greater.

Sadly, what we’re seeing is that this 21st century opportunity is being crippled by 20th century protectionism. The problem stems from the fact that instead of treating the internet like the single, global market that it is, many organisations continue to try and force people into their geography-based regional markets.

The two biggest culprits in this practice is Apple with its iTunes store and Valve with its Steam platform for digital video game distribution. Both of these services are prime examples of old thinking ruining the prospects for new business models.

For Steam, the crux of the problem relates to its pricing structure. What happens when a product is listed on Steam is that the price is set on a per-region basis. This means that depending on where you are the world, the cost of a particular game varies when you compare it across all the places where Steam purchases are available.

In Australia, what tends to happen is that the cost of a digital download ends up having the same cost as you would see inside a retail store. Such pricing reeks of protectionism and does nothing but help to try and prop up what is the slowly dying business that is retail computer game sales.

Add into that the fact that prices of video games in Australia are significably higher than those overseas — even for physical sales — and it’s very easy to see just why piracy rates are so high in this country. It’s all well and good to see developers profit from the fruits of their work, but to have publishers so blatantly gouge Australian consumers for no good reason isn’t exactly going to convince people not to illegally download games.

For Apple, iTunes has proven to be a monumental success. It’s easily the largest online store for music, television and (probably) movies. But that doesn’t mean it’s perfect. In fact, it’s far from it.

Apple has managed, for the most part, to get its iTunes pricing nailed down. Across the world prices are largely similar — save for some minor differences in balancing out currency fluctuations. Apple’s problems relate more to what you can buy, rather than how much it costs.

Within iTunes, content can be restricted so that it is only available for sale (or rent in the case of movies) to people within a certain country. So, for Americans this means that they can get the latest episode of

This sort of behaviour is only of benefit to our local TV broadcasters, who rely on having exclusive first run rights to popular programs so they can sell high-priced advertising against it. It would be better for Apple and better for the content producers themselves to have their programming (which if it’s popular will have an audience around the world already) available globally as soon as possible.

Having it restricted only encourages people to download these programs illegally, because they do not wish to wait some arbitrarily determined time before they’re shown on TV locally. Again, this is something that is of particular prevalence in Australia. Many studies have shown that we have some of the highest TV piracy rates in the world. Any why? Because in our global, interconnected lives we don’t want to wait up to six months for a TV show we want to see to be shown here. It just doesn’t work like that anymore.

All these problems are brought about by two main reasons.

Firstly, the creators of these digital platforms are not pushing game publishers and TV/movie creators into realising that accessibility is the key to creating a profitable online business. That they have to consider the way to distribute their work most effectively isn’t through the traditional broadcasters or brick and mortar retail stores.

Secondly, it’s the creators themselves who are so stuck in their ways and so blind that they just don’t realise the possibilities that the internet provides to their business.

The internet is a global marketplace. If you want to truly take advantage of it you need to treat it as such. Attempting to shoe-horn old ways of doing business into it isn’t going to work. It needs to be approached from outside the traditional ways of selling to consumers. The first person to start doing that right is going to win. Big.