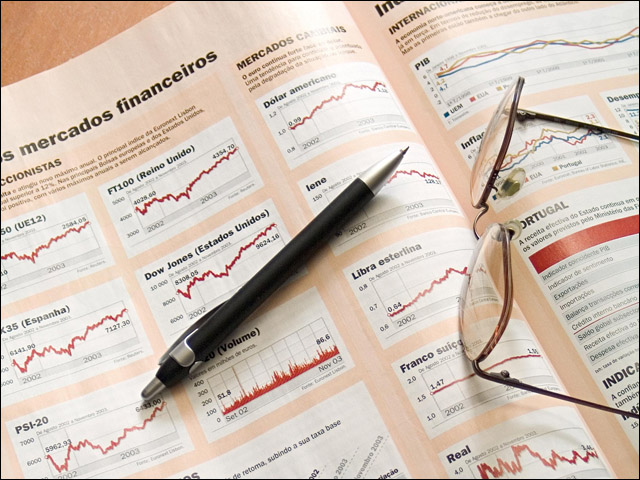 opinion In a rather high-handed piece for Crikey, seasoned polemicist Possum Comitatus makes the case that there is simply no point to conducting a cost-benefit analysis for Labor’s vaunted National Broadband Network project.

To do so, Possum argues, would be a complete waste of time as neither a limited cost benefit analysis (which focuses on private net benefit, for example) or a much wider analysis (which focuses on societal benefits at large) would be able to adequately weigh the advantages to the nation from building the NBN, because technological and societal change is just so fast.

I’m right there with Possum right until the final closing paragraphs of his argument. I’m rooting for him, cheering from the sidelines, ready to jump up and down like the most irate father on grand final day, screaming at 12 year olds to get their dirty hands off the ball, it was a push in the back goddammit! Malcolm Turnbull, get your hands off our NBN!

Possum’s right: As countless people have pointed out over the past half-decade since the NBN proposal was first mooted in a very different form by then-Telstra chief executive Sol Trujillo (how many people can remember that far back?), fibre broadband today is like electricity a century ago. So many applications will be discovered for 1Gbps internet over the next 50 years that we will look back and wonder why the hell we even hesitated to roll it out.

And yet Possum lets himself down in the final paragraphs of his article. Instead of triumphantly waltzing off into the sunset with his cost-benefit victory, he ties the impossibility of generating a meaningful cost-benefit analysis for the NBN to the idea that the only way to solve Australia’s long-term broadband problems is for the Government to unilaterally roll out fibre itself, in a massive display of public largesse.

The copper network, Possum argues, is on its last legs. And so the nation faces a choice between letting the copper network rot or — drumroll, please, and then the chorus of angels in the background — the grand old Labor plan of massive Government investment to fix the private sector’s obvious woes.

Can’t you just hear the cries for the Government to do something about broadband, fix the problem, replace the infrastructure, it’s just like building highways, the private sector will never do it, natter, natter natter?

The difficulty with this argument is that it sets up a false dichotomy. Yes, the copper needs upgrading. But it simply doesn’t follow that the only way to upgrade Australia’s broadband infrastructure is through the Government funneling money into the sector with a gigantic firehose.

Thankfully — as with all false dichotomies — there is a third option.

The truth is — as Malcolm Turnbull has been at pains to point out, to his peril — that the private sector has stood willing and able to replace and upgrade vast chunks of Australia’s ageing yet still very functional telecommunications infrastructure for some time– as long as that ever tricky requirement falls into place – regulatory certainty.

Regulatory certainty in the context of Australian telecommunications at the moment basically means just one thing: Restraining Telstra from flexing its massive annual cashflow muscle to crush minnows like Optus, iiNet and TPG whenever they roll out their own infrastructure.

The nervousness in the industry on this issue stems from the debacle witnessed the last time someone tried to build a next-generation fibre network to replace the copper. At the time, it was common to see Telstra trucks mapping out where Optus had laid its HFC cable and then laying its own rival infrastructure in the exact same place.

The duplicated rollout meant neither could get full benefit from their HFC rollout.

And yet it does not follow in 2010 that the only way to get mythical regulatory certainty in the Australian context is for the Government to force the telecommunications industry into a negotiated ceasefire by plonking down billions of dollars of its own money to upgrade the copper – buying Telstra off in the process.

A far more elegant situation would simply to be to — as the telecommunications industry has been calling for for ten years, and is still calling for (hello Optus) — separate Telstra into wholesale and retail companies.

By truly structurally separating Telstra, the Government could create a situation where Telstra’s wholesale division is finally incentivised to best serve the needs of other telcos like Optus and iiNet – instead of playing a shadowy game where it keeps them close and its own brethren in its retail arm even closer.

Telstra has already demonstrated its interest in replacing its copper infrastructure with fibre. In fact, it was then-chief executive officer Sol Trujillo who first proposed the idea, in a rather more limited form, back shortly after he was first appointed in mid-2005.

To separate the company into divisions that do not conflict as they currently do is a logical step, and the kind of minimalist intervention in a competitive market that makes sense in a Government context.

Or, rather, it’s not a minimalist intervention at all – it’s a radical one that could only be seen to be minimalist in the context of the incredibly large NBN policy, which has already started to reshape the entire telecommunications sector, reducing the number of competitive players as companies like iiNet bulk up with acquisitions in preparation for the fibre rollout.

To be honest, I don’t know why Telstra hasn’t been split before now, but I suspect it has a lot to do with the fact that the NBN policy — which has more or less set the framework for the narrative in the sector since Labor was first elected in November 2007 — was never designed as a solution to the telecommunication sector’s woes.

It was actually designed as a populist election policy to help Kevin Rudd take power in a general election.

Since November 2007, Communications Minister Stephen Conroy has tried to shoehorn positive structural change in the telecommunications sector into the overarching NBN policy.

And yet — God bless them — many twenty first century capitalists and rational taxpayers never quite bought the policy to start with. After all, they argue, wasn’t it *shock* regulatory certainty that allowed the likes of iiNet and Internode to roll out DSLAMs around the nation to begin with, forcing Telstra to do the same to keep up?

Wasn’t it these rollouts — not Government largesse — which gave Australia it’s current broadband speeds of up to 24Mbps?

And wasn’t it the same regulatory certainty that allowed Telstra, Optus, Vodafone and Hutchison to spend billions of dollars of their own money on mobile broadband networks, which are constantly increasing in speed and decreasing in price to consumers?

It’s the logical doubt aimed at a populist policy which continues to bedevil the NBN policy and fuel calls for a cost benefit analysis — which, as Possum correctly points out — wouldn’t solve anything for anyone. It would merely be a waste of time.

People say that the cold hand of market competition is dead in Australia’s telecommunications sector. But, of course it’s not — it’s just been restrained by Telstra’s vertically integrated iron glove temporarily while the Government looks at the pretty NBN bauble it has draped around its neck.

Of course, none of this really matters. Labor has formed a Government with the Greens and independents that will allow it to implement its NBN policy, Malcolm Turnbull’s impassioned arguments notwithstanding.

The debate over whether the Government should pursue a cost benefit analysis for the NBN is now a pointless one, as is the debate about whether there were meaningful alternatives to what amounts to a stimulus package for the telecommunications sector.

Those who remember the history of this debate at all in future years will remember it through glasses coloured a distinct rose colour by the glow of the 1Gbps fibre running to their house. In the meantime, expect Conroy & Co to ignore Turnbull and all others who question the NBN policy in general. At this point, the mandate fairly intact, they can safely buckle down and just get on with the job.