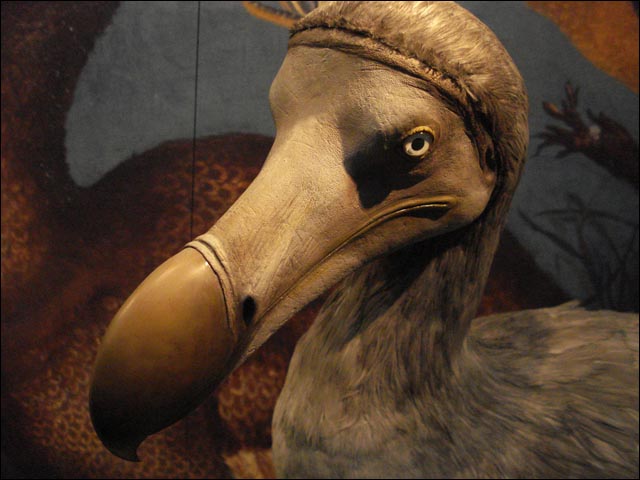 opinion Shortly after former Alcatel-Lucent executive Mike Quigley stepped on board as the first employee and leader of the National Broadband Network Company in mid-2009, a new term entered the lexicon of Australia’s telecommunications sector: ‘Retail service provider’ or RSP.

It quickly became apparent why Quigley was so fond of using the word to describe Australia’s cohort of internet service providers.

A key plank of Labor’s NBN policy has always been that the company tasked with building and operating the national fibre network would not sell services directly to consumers. Instead (the Government’s legislative flirtation with the retail option notwithstanding), the role of NBN Co was cast broadly as an alternative to Telstra’s dominance of the wholesale market.

Where government regulation of the telecommunications sector went wrong over the past decade — so the thinking went — was to allow Telstra to play in both the retail and wholesale markets. Labor would not make that mistake again with NBN Co.

Thus Quigley’s use of the term retail service provider. The label has allowed NBN Co to constantly remind the sector that it will not be competing with existing players, and sharply define its customer base as those who sell services directly in the end user market.

It’s a subtle but powerful distinction that Quigley made – and the term was quickly adopted by the entire sector. I view it as just one of the gentle but powerful ways in which Quigley has shaped the entire sector’s view of the NBN since taking the reins of the project. I don’t know whether there is an ancient Chinese parable which can better express this idea, but certainly it’s a central tenet of many business philosophies that if you frame the boundaries and set the terms of a debate, you may well also influence its outcome.

But there’s one problem with this framework that Quigley has cast over Australia’s internet industry.

The incessant consolidation amongst ISP ranks over the past year has created a situation where NBN Co will increasingly only provide services to a tiny number of companies.

Going back five years, Australia’s broadband industry was filled with a myriad of players in sharp competition with each other.

Telstra and Optus dominated the sector, but smaller ISPs like AAPT, Primus, iiNet, Internode, Adam Internet, Netspace, TPG, Westnet and more ensured that customers had a plethora of broadband options. Fibre players like Pipe Networks, PowerTel and even Uecomm ensured that the majors like Telstra and Optus had competition in the backhaul markets.

But over the past few years that landscape has diminished dramatically.

With the revelation today that iiNet would snap up AAPT’s consumer arm, iiNet has succeeded in swallowing up some of the larger medium-sized players in Australia’s internet market. AAPT. Westnet. Netspace.

TPG – another fast-growing player of a similar size to iiNet – bought Soul and then Pipe Networks. For its own side, even Optus has made acquisitions, picking up Uecomm in May 2004. And of course AAPT had previously bought PowerTel, which after iiNet carves off its consumer slice will now form the majority of the AAPT business.

To be honest, I expect further consolidation in the sector.

Right now, broadband providers like iiNet and TPG are trying to bulk up with as many customers as possible as fast as possible, as they prepare to wrestle Telstra and Optus for dominance in a post-NBN world, where ISPs’ ability to build their own infrastructure suddenly means nothing and marketing and value-add services that will lead to customer retention become the name of the game.

I would be surprised, for example, if Adam Internet in Adelaide hadn’t received a few expressions of interest over the past few years, although I doubt managing director Scott Hicks would sell his family business.

I would bet that John Linton would sell Exetel for the right price, however, and it remains to be seen how strong Primus Telecom’s commitment to its Australian division will remain. EFTEL – which is struggling along on the ASX, with its share price around 1.7c – will surely be bought eventually, and others like Dodo and TSN would surely fall from their own trees for the right price.

With TPG having missed out on the AAPT feeding frenzy, there is no doubt that its acquisitive chief executive David Teoh will be looking elsewhere for a smaller but still satisfying meal.

All of this begs the question – just how many “retail service providers” will the NBN actually serve? If you look several years ahead, it is likely that you will be able to count them on one hand. There will likely be no more than five important RSP customers of the NBN (plus VHA for mobile backhaul):

It is already obvious that there will be several bad consequences for consumers from this consolidation of the sector. For starters, when there are fewer broadband providers in Australia, there will be lessened competition that will likely lead to less price differentiation between companies.

Telstra, Optus, iiNet and Internode do not represent the economical end of the broadband market. In general, they are focused on getting their customers to pay more, not less – through the provision of value-add services such as telephony, IPTV and more.

It is cheap providers like TPG, Exetel and Dodo which keep these companies on their toes, price-wise. And issues such as potential downtime mean that consumers are much less willing to churn their broadband provider because of pricing issues – unlike in the cut-throat mobile market.

It was evident when Telstra cut its broadband prices dramatically over the weekend that ISPs like iiNet and Internode were already charging more for their (admittedly stellar) services than other players. And iiNet chief Michael Malone has already flagged his lack of enthusiasm for AAPT’s ‘unlimited’ broadband plans, which have shaken up the market significantly.

Consumers love the plans – but they don’t make much money for ISPs.

Secondly, as Australia has already witnessed in the mobile market, the consolidation of the market into a small number of powerful players provides a strong barrier to entry to small, innovative players that can drive technology forward and provide options that others can’t.

When iiNet and Internode started flooding Telstra’s exchanges with DSLAMs in the early years of this decade, consumers flocked into their welcoming arms, because the rollouts were providing a technological advantage over slow-moving incumbents Optus and Telstra. In a post-NBN world, it will be very hard for new players to follow that example and shake things up.

We’ve already seen evidence of the problems associated with industry consolidation in Tasmania, where so far, just four RSPs have signed up to market NBN fibre services — and only one of them being a ‘cheap’ option, in the form of Exetel. If you were to go back half a decade, that number would have been substantially larger. And the prices on offer in Tasmania have not exactly knocked our socks off — at they’re barely competitive with ADSL.

In the worst case, companies like iiNet simply appeared to transplant their existing greenfields fibre pricing into Tasmania — with no apparent regard for how the economics of the NBN might change things. Exetel was the only company which took a radical approach to its NBN pricing at all.

Now it’s obvious that Australia’s broadband future will not be all doom and gloom. Universal fibre broadband will be a wonderful thing. AAPT has been badly managed by Telecom New Zealand for years and the removal of the question mark over the Kiwi telco’s stake in iiNet is a welcome move. Furthermore, mobile broadband services are increasingly keeping fixed broadband players honest.

But Labor’s NBN policy is not just – as many assume – a simple fibre network rollout that will offer latency and bandwidth nirvana. It is a fundamental re-shaping of Australia’s telecommunications sector. And we are now starting to get a picture of just what that future may look like.

When the NBN rollout comes past your premise, you will have a choice of which retail service provider you sign up with. But that choice may be limited — and the plans not as broad as you would like.