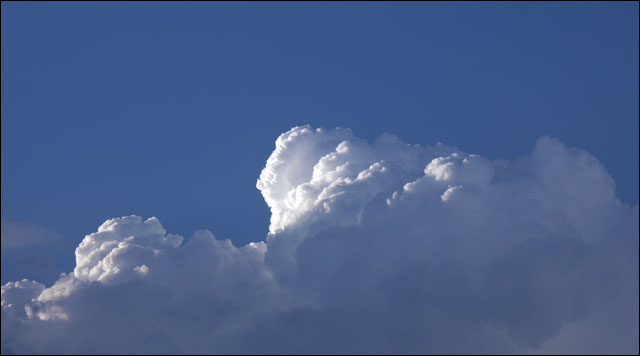 opinion If your company or organisation is not currently considering migrating its email systems onto a cloud computing platform, then you’re in danger of being left behind.

That’s the conclusion I have reached after six months of closely following the Australian technology sector’s growing fascination with cloud computing, in all its variants and according to all the different definitions.

There’s a lot of hype around cloud computing at the moment. Giant companies like Fujitsu, CSC, Microsoft and more are jumping headstrong into the cloud as fast as they can, following the lead set by early cloud enthusiasts like Salesforce.com and Google.

Giant private sector companies like the Commonwealth Bank of Australia have spent a great deal of time and effort examining how cloud computing will affect their business. And even the conservative public sector is fascinated by the same topic.

Not all of the various hyped aspects of cloud computing will come to fruition. But of those, it looks like email will be the first one to really deliver on cloud computing’s promises of delivering a cheaper, more flexible and more innovative future than traditional IT infrastructure models have offered.

So whether you’re a skeptic or a believer, here are five reasons why your organisation should shift its corporate email platform into the cloud — as soon as possible.

1. Everyone else doing it: Just a few years ago, it was a rarity to find an Australian organisation which had migrated its email system onto a cloud computing platform. But over the past two years, things have drastically changed.

The email norm for new small businesses in 2010 is to setup a Google account and supply your employees with Gmail, and more and more companies are “going Google” in this way. In the education sector, it’s a similar case — almost every unversity has already picked a cloud email solution from Microsoft or Google over the past several years for students, and several education departments have as well.

In the corporate and public sectors, things are a little more unclear, but several high-profile customers — AMP, AAPT and this week Coca-Cola Amatil — have recently flagged migrations. And in the government sector NBN Co set tongues wagging when it opted for a hosted Exchange implementation upon its creation in mid-2009.

Google still won’t host a Gmail datacentre in Australia, however. But some customers have expressly stated they don’t see it as a problem.

3. Generation Y is increasingly demanding it: Australia’s impatient internet generation has no patience for those that don’t get how the online environment is changing their lives, and is increasingly reaching management level after being born in the 1980’s.

Do you really want to be the IT manager who tells their top staff that they can’t access their email from whatever device they want — and that you can’t upgrade the server to Exchange 2010 because you don’t have the budget? Cloud email was made to solve all of these problems.

And if the server goes down, you can blame the vendor.

4. It’s cheaper — and sometimes free: Australian education sector chief information officers couldn’t believe how cheap it was to migrate their students onto Gmail and Live@EDU — it was almost as if they were being paid by the vendors to do so.

Now that phenomenon is coming to the rest of the market. Many small Australian companies can already get Google Apps for their domain name for free, and even if you do end up paying for the premium version, it’s only $50 per user per year.

If you factor in the extra time you won’t have to spend administering your own servers and the ease of use services like Gmail provide, you’ll quickly realise what the ROI is: Awesome. It’s not quite as good (as far as we can see) when it comes to Microsoft’s Business Productivity Online Suite — but it’s probably still better than running your own Exchange server.

5. It’s a good excuse to finally get rid of Lotus Notes.

There are still a stack of Lotus Notes/Domino installations hanging around in Australian organisations. And while most CEOs won’t fork out for a migration off Lotus to a rival platform just to keep up with staff expectations, they will do so if you can demonstrate (through the cost and flexibility advantages of cloud) that it’s financially worth doing so.

If you can cut costs (or shift them into the operational budget) and keep staff happy and productive, the CEO and the board will fork out for a cloud email migration.

We don’t have anything against Lotus Notes, by the way. It remains a great email platform. But the email market is increasingly coalescing into a two-horse race around the more modern Gmail and Exchange platforms.