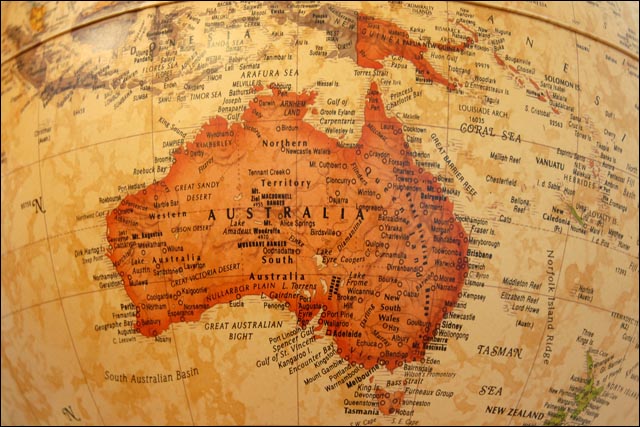 Top-level State and Federal Government chief information officers around Australia have acknowledged they are aware of the Queensland Government’s dramatic change in IT strategy following revelations of widespread problems with the state’s IT shared services strategy, but are broadly withholding comment on how the debacle might impact their own initiatives until the full picture is known.

In late June Queensland Premier Anna Bligh said the state would abandon its centralised IT shared services model as its exclusive structure for delivering IT services in the wake of the Queensland Health payroll disaster and damaging revelations of widespread problems in associated programs.

When asked about how the issue would impact their own IT shared services initiatives over the past several weeks, most whole of government public sector CIOs considered the issue but eventually declined to comment.

After an extended deliberation between NSW Government departments, the office of NSW whole of government chief information officer Emmanuel Rodriguez declined to comment on the issue. Federal Government CIO Ann Steward’s office was contacted and a prompt statement was issued by a spokesperson from the Department Of Finance and Deregulation: “I’m afraid it would be inappropriate for us to provide comment at the moment.”

The office of Northern Territory CIO/Director of CIT Policy and Strategy Victor De Silva was contacted. While it is believed De Silva answered the questions, the NT Government could not reach a decision on whether to release his answers to the media. Victorian IT shared services agency CenITex declined to comment.

However, while the Federal, NSW, Victorian and Northern Territory Governments were leery of the issue, officials from South Australia and the ACT were not so closed-lipped.

The South Australian office of chief information officer (OCIO) Andrew Mills was more open to discussion. “The key lessons appear to be that a strong governance remains the key to successful delivery of ICT outcomes, particularly for large change programs,” said a Department for Transport, Energy and Infrastructure spokesperson (which hosts Mills’ office) when asked what lessons SA could learn from QLD.

South Australia’s own IT shared services project was currently under way as part of a broader shared services initiative, said the spokesperson. “This is one of a number of initiatives aimed at improving ICT support to the delivery of services to citizens.”

The DTEI was asked to comment on wether the QLD Government’s move away from the IT shared services strategy would would have an impact on similar projects in other states, but the department said it and the office of the CIO would wait out for the final reports before any specific comments were made,

“The broad trend, that is already happening in a number of jurisdictions, is approaching ICT consolidation by aligning like functions to collaborate in the delivery of ICT functions and away from a centralisation approach of ‘one size fits all’,” they said.

The spokesperson reasoned that the disbanding of QLD’s whole of government services would not reflect or have influence on similar ventures underway in the other state governments. “It will have a limited impact as it is one factor in what is a complex situation. Local factors in each jurisdiction will have the most impact on any decisions,” they said.

The office of ACT shared services executive officer Darren Stinson was proud to shed light on its own ICT shared services enterprise. “The ACT Govt ICT Strategic Plan is currently under development and will be examining trends in shared services delivery for incorporation if appropriate,” a spokesperson said.

“The ACT shared services model is recognised for its success and invitations are regularly received to speak at various forums on the ACT implementation.”

According to Software Queensland, the Queensland Government did not embrace recommendations from the industry when undertaking its shared services initiative. But the ACT took a different approach and embraced discussion with a wide range of agencies. “The ACT Govt is committed to a shared services ICT platform and has a strategy of ‘continual service improvement’ in relation to the delivery of its ICT services. Agencies are actively involved in this process, as are external service providers,” said the ACT spokesperson.

The ACT said it had a watch and learn approach and admitted to keeping a sharp eye on private and public sectors embarking on shared services.

“Through a wide variety of forums the ACT keeps abreast of directions in shared services ICT delivery being explored or undertaken in public and private sectors and these, together with ‘lessons learnt’, are discussed and analysed within ACT Govt for applicability,” the spokesperson said.

However, although eager to comment on it’s own ICT projects, like other states and territories, the ACT was not ready to comment on QLD specifically. “The ACT Government will monitor recent developments in Queensland but cannot comment at this time,” the spokesperson said.

Background
In December 2007 Queensland Government’s IT shared services agency, CorpTech — along with IBM and Queensland Health — underwent a project to overhaul Queensland Health’s ageing payroll system. The project was due for completion in August 2008.

It was a disaster of epic proportions when the SAP new payroll system — dubbed the Continuity Project — went live in March this year. A number of QLD Health workers received incorrect wages and in a lot of cases no wages at all. The bugs were ongoing for each subsequent payrun albeit with relative less errors.

On June 29 the Queensland Auditor-General issued a hammering report on the three major Queensland  IT shared services projects. The report found that the ICTC project — a consolidation of CBD datacentres, networks and infrastructure — was pushed back by 16 months. The whole of Government email project IDES was rescheduled by 18 months and the Corporate Solutions Program (CSP) — a combined finances and human resources project — completion date was adjusted.

In the aftermath of the Queensland Health payroll disaster and the Queensland’s Auditor-General  report, Queensland Premier Anna Bligh announced on June 29 that Queensland Government will be disbanding the IT shared services model and Corptech will under go a revamp.

“The Queensland Government will abandon the one-size-fits all shared services model as the exclusive model for corporate services across the whole of Government,” Bligh said in a statement. “The whole-of-government IT provider, CorpTech, will be overhauled to better match agency needs — this will include an assessment of which agencies are best served by their own technical services.”