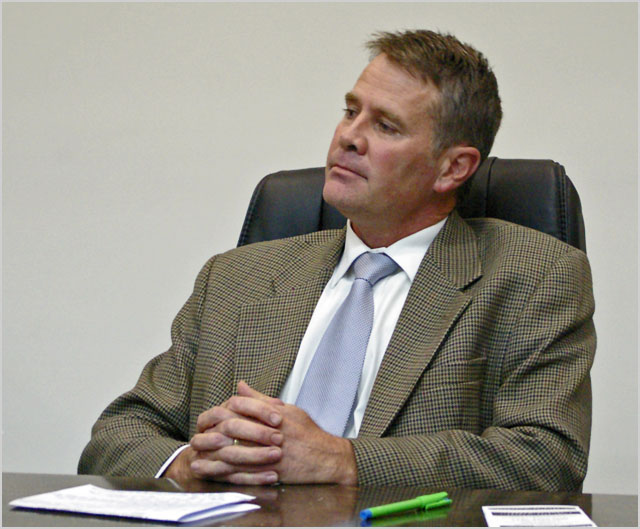 news The two most senior ministers responsible for delivering technology projects in the NSW State Government have declared they are “confident” the state has sufficient IT governance procedures in place avoid the sort of billion-dollar IT disasters which have plagued Queensland and Victoria over the past half-decade.

In November last year, Victoria’s Ombudsman handed down one of the most damning assessments of public sector IT project governance in Australia’s history, noting total cost over-runs of $1.44 billion, extensive delays and a general failure to actually deliver on stated aims in 10 major IT projects carried out by the state over the past half-decade. Similarly, Queensland recently revealed that its botched payroll systems implementation at Queensland Health has already cost $417 million and will need some $837 million to fix over the next five years.

The problems appear to represent a systemic inability on the part of state governments right around Australia to deliver major IT projects, and in some cases, basic IT services.

To address these kinds of issues and target efficiency, productivity and service delivery goals, the new Coalition State Government in New South Wales published a wide-ranging whole of government IT strategy in May. In addition, the state in July revealed it had engaged SAP in a $14.5 million contract to deliver a consolidation of the Department of Trade and Investment’s legacy ERP systems onto a new, cloud-based SAP platform. Some 8,500 employees will use the new system. 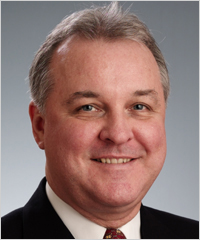 On the sidelines of an ICT industry forum held by the NSW Government to connect with the IT industry and detail its progress on delivery of its IT strategy, Delimiter pointed out to NSW Deputy Premier and Minister for Trade and Investment Andrew Stoner (pictured, top) yesterday that the SAP project was precisely the kind of IT project which had gone south in Queensland and Victoria, and asked the Deputy Premier whether he was confident the State Government had sufficient ICT governance structures in place to keep the project on track.

“Look, I am confident,” replied Stoner. “We’ve done our homework, there’s been an enormous amount of effort put into this. We within the portfolio budget can see the benefits of proceeding with the plan, and we are doing so apace. There will be the creation of around 40 additional positions associated with this project in the head office – the head office for corporate services in trade and investment – in Orange. And we’ve convinced the cabinet that this is a worthwhile project, and hopefully the assessment evaluation of it will provide some guidance for some of the other portfolios.”

NSW Minister for Finance and Services Greg Pearce (pictured, right) also declared he believed the project could be kept on track. “I’m pretty confident that we’ve moved to that,” he said, regarding ICT governance. “We certainly didn’t have those governance procedures in place when we took over government. We’re 18 months into it, we’ve done a lot of work on ensuring that we do have the right governance model there — and let’s test it.”

A landmark report into the management of the NSW Public Sector commissioned by the state’s new Coalition Government was published in mid-August. It described how dozens of overlapping and competing systems and services providers have created “chaos” when it comes to the state’s current IT shared services paradigm. In the report, the Commission noted that the two biggest shared services organisations — health and education — were the most mature, although they needed “substantial investment” for technology upgrades and process redesign. But the story was different when it came to the others.

The report found that many departmental directors-general could not use their IT services to conduct basic tasks, such as accessing aggregated data on their clusters’ financial position, review important information about their workforce, or even communicate with all staff on a single email system.
Speaking in a wider sense yesterday about the delivery of shared services in NSW, Pearce said that the previous Labor Government had commenced “a very complex project” to build a corporate shared services capacity. “We went back and tested the assumptions for that,” said Pearce yesterday, “and frankly the assumptions were not rigorously tested, and it anticipated a level of savings that we didn’t think was achievable, and a very, very complex build of a corporatye and shared services business, which we don’t believe the government should be trying to do.”

Pearce said he acknowledged that NSW had not yet nailed down the best model for IT shared services going forward, but it was working “very hard” on the area. “So we actually have pared that project right down,” he said, speaking about the previous government’s initiative. “They’d completed some work on standards for software and so on, so we’re utilising that. We’ve gone back to a review of the current corporate shared services business – we’ve got Service First, we’ve got Health, we’ve got BusinessLink and others and we’re obviously looking at outsourcing options, because there are businesses out there that can do this work much better than we can.”

“I’m confident that by peeling back all those layers and looking very hard at what we’re trying to achieve, that we will avoid those billion dollar disasters, but it’s a very complex business model to try and work on.”

Yesterday Stoner and Pearce also gave a substantial update on the progress on implementation of the NSW Government’s ICT strategy announced in May. Delimiter will examine this update in more detail in a separate article tomorrow (Thursday).

opinion/analysis
I have been pretty harsh recently with respect to the record which Australian state governments have in terms of their ability to deliver IT projects and services. But I’ve had to be. I’ve been driven to a high level of cynicism in this area, courtesy of a series of absolutely damning reports by state auditors and ombudsman which have starkly demonstrated that right now, most state governments in Australia cannot deliver major IT projects, have major issues with basic IT service delivery, and cannot even provide an acceptable minimum level of security around their IT systems.

I’m not yet convinced that Queensland, Victoria or Western Australia have a handle on this systemic issue yet. South Australia, the ACT, the Northern Territory and Tasmania appear to have things a bit more on an even keel, but I’m sure there are issues there under the surface as well. And despite receiving a lengthy briefing on the subject yesterday, I’m not sure that NSW has a grip on the problem yet either. This is an issue which will take between five and ten years to resolve – if it ever gets resolved.

However, after speaking with Deputy Premier Stoner and Minister Pearce yesterday, I was left with an overwhelming feeling of optimism about NSW’s chances. The pair know what they are talking about in this area, and they were very clearly aware of the issues which I mentioned in other states. They are actively working in this area in NSW and are absolutely across the details and the issues. They both “get” technology – including, surprisingly, enterprise IT – and are competent in discussing it with relation to their administration.

To say this is refreshing is an understatement. The previous Labor Government in NSW also had an ambitious IT modernisation and service delivery agenda, but it is highly debatable whether it ever actually managed to deliver on that agenda, and for the last five years of its life, getting any minister or even public servants to comment on any issue in this portfolio was basically next to impossible. IT was like the problem child for the Labor NSW Government. In comparison, the new Coalition NSW Government has placed IT front and centre, with ministers who understand the portfolio and are seeking to rapidly and aggressively develop the local industry.

We just don’t have enough information right now to know whether NSW can avoid wasting billions of dollars on failed, delayed and over budget IT projects. It’s a complex area and I don’t exactly have a spy camera on the wall of the chief information officer’s office in the various departments. We don’t really know right now whether Stoner and Pearce’s confidence is justified.

But right now, based on what I’ve seen, I’m choosing to believe that it is. If anyone can bring the NSW Government’s IT projects and service delivery into line, it is these two highly intelligent, educated, aware and motivated ministers. I have a lot of respect for both, based on what I have seen. There’s a lot of positivity coming out of the NSW Government right now in this space, and right now I’m choosing to believe it. More on that tomorrow as we go into detail on how they’re executing on their whole of government IT strategy.