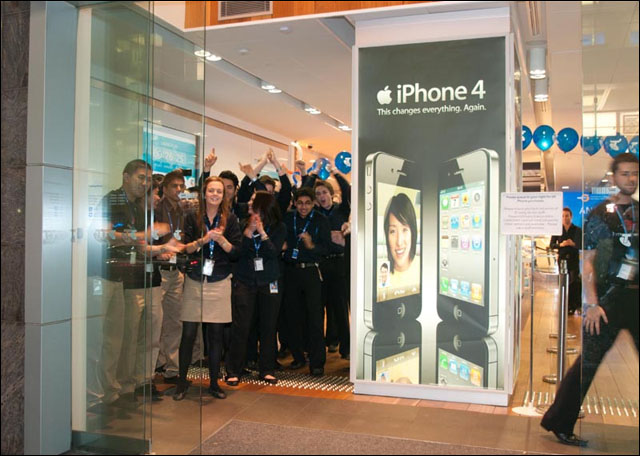 Matthew Hatton is a disgruntled consumer and opinionated writer based in Newcastle. You can find him on Twitter at @bernietb. This opinion piece was originally published on his blog, The Rant-O-Matic, and is re-published here with his permission.

opinion OK, so I know that Telstra is everybody’s favourite telco bad guy. We all hate the company, it’s only natural. I’m sure at one point in time everyone has had an incorrect bill, an overcharge, problems with talking to some New Delhi-based call centre. It’s a part of Australian life.

That said, I’m also about a bit of fairness and today’s story about Telstra allegedly “rorting” its iPhone 4 customers is just plainly stupid.

The situation is this: Telstra has a number of wholly-owned T-Life stories as well as a number of independently owned franchised T-Life stores. Now, admitedly there’s no way to tell, when you walk into one, whether you’ve gone to a Telstra store or a franchise. But this is a little beside the point.

What has been happening, is that the largely autonomous franchise stores have seen their way to putting extra charges into contracts for people buying an iPhone 4. Which, I believe, that they are more than entitled to do. I mean, why wouldn’t you, as a business owner, want to make profit off a device that’s basically a licence to print money? But even this isn’t really the problem at hand.

What’s gone down is that people have rushed out to purchase an iPhone, ended up at a franchise store, signed a contract, got home and then discovered that they’ve signed up for payments well and truly above what they’d been expecting because they didn’t bother to read what they’d been signing.

Now, I don’t know about you, but to me it seems that if you sign your name against something you haven’t even bothered to read then, really, you’re on your own. It’s not Telstra’s fault that you — in your fervour to get your hands on the latest piece of shiny — didn’t bother to remember your common sense.

Consumers need to become more aware of what is involved when they sign up for a service. Saying you didn’t read something isn’t an excuse for you not getting what you wanted.

Take some responsibility, people. It’s only common sense to know what you’re buying and what you’re signing. It’s not Telstra’s fault that you’re an idiot. So shut the frack up. OK?