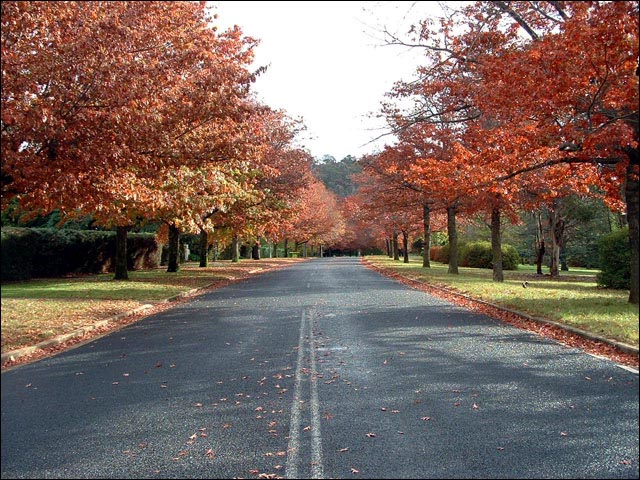 opinion On a rainy Friday in June this year, I sent an email to the media liaison team at the Attorney-General’s Department of the Federal Government.

The email was to ask a handful of basic follow-up questions after the department had confirmed that it was considering whether a similar regime to Europe’s controversial Directive on Data Retention should be implemented in Australia.

To say that this issue was – and continues to be – explosive is a severe understatement. As Ben Grubb at ZDNet.com.au conclusively documented at the time, the European directive requires that telcos and internet service providers compulsorily record data such as the source, destination and timing of emails and telephone calls for all of their customers.

The aim of such a proposal is laudable – to aid law enforcement agencies in upholding Australia’s security and stopping the bad guys – terrorists, high-end criminals and the like, from being able to get away with whatever they like. But the proposal’s privacy implications are monstrous, especially for journalists (or for anyone who doesn’t want people to know all their contacts).

How can the press keep sources confidential, if data about all of our phone calls and emails are logged and made available to the police?

Considering the seriousness of the proposal, I would have expected the Attorney-General’s Department to answer some basic questions about it. So this is what I asked in my email (after a phone call and another initial email):

This is the response I got back:

“The Australian Government is still considering and consulting on the subject and as such it would be inappropriate to comment at this stage.”

It was a similar situation when I called the press secretary for Federal Attorney-General Robert McLelland. Despite repeatedly placing calls over the weekend, it was only late in the long weekend that I was able to get through to them – they didn’t call me back, to my knowledge. And even then I was only able to confirm the bare essentials of the data retention proposal, which by then was being referred to online as ‘OzLog’.

I describe this example here, not to bemoan how hard the job of a journalist is – nor even to give readers an insight into the inner workings of the press. Instead, I describe it here to consider how laughable I consider the Declaration of Open Government that Minister for Finance and Deregulation Lindsay Tanner so pompously made last week.

In case you missed it, this is the key statement that Tanner made last week:

“The Australian Government now declares that, in order to promote greater participation in Australia’s democracy, it is committed to open government based on a culture of engagement, built on better access to and use of government-held information and sustained by the innovative use of technology.”

You can find the complete declaration and the background on the declaration, which has been in the works for some time, on the new blog set up by the Australian Government Information Management Office to discuss this and other matters relating to government information and technology use.

The truth is, the Labor Government has deliberatedly and needlessly withheld information in the public interest on this and a range of other matters over the past two and a half years since it swept to power under Kevin Rudd.

It has consistently withheld information about the progress of its controversial mandatory internet filtering policy, including the existence of a secret online forum which it used to discuss the policy with internet service providers. In both this case and the data retention case, it is believed ISPs were asked to sign confidentially agreements that precluded them discussing what was going on.

For months, Communications Minister Stephen Conroy refused to publish an extensive report by consulting firms McKinsey and KPMG into the future of the National Broadband Network (which was put together at a cost of $25 million) until Greens Senator Scott Ludlam blocked Government Senate initiatives until he did so.

Health Minister Nicola Roxon has consistently refused to discuss the Federal Government’s electronic health record plans in any detail, despite the fact that $466.7 million was allocated towards the plans in the last Federal budget, and despite the fact that the planned new system will allocate every Australian a unique identification number.

Roxon has still not disclosed how the money will be spent.

The Government has consistently withheld information in general about how the National Broadband Network policy is being implemented, how the associated company is being setup, and how some NBN contracts have been signed (especially in Tasmania). It has only been since the company has engaged its own communications professionals that information has been emerging.

And the decision-making process around the consultation for a new R18+ classification to cover video games is likewise veiled in secrecy, with information emerging in dribs and drabs over year-long periods about the progression of the idea – despite an overwhelming amount of public support for the proposal.

All of this is just in the area that I personally report on – the technology sector. Who knows how much information is being withheld in other areas.

Now like others Australia’s technology sector – as well as international luminaries who have commented on the matter, I wholeheartedly agree with the aims of the Open Government policy.

It’s a massive step forward that our Federal Government is loosening the ties which withhold useful information owned by the Commonwealth – geographical information, statistical information, legal information – a veritable treasure trove – from the public, especially as I have seen a trend within new publications being licenced under Creative Commons licences.

And initiatives such as Government Twitter accounts and blogs new freedom of information laws and so on are also fantastic. I highly praise the Government’s initiatives in this area, and I’d like to see more.

But let’s not pretend that – as Lindsay Tanner was pretending last week – the Gillard Government “is committed to creating a culture of public sector openness, transparency and engagement”.

It is not. It is committed to creating such a culture where it suits it – and not a millimetre elsewhere.

Now, one of the more positive things that I have been hearing from people connected to the Federal Government as well as public servants themselves is that despite the obfuscations of the truth about Open Government being handed down by some politicians, many Canberran public servants are genuinely committed to the policy and have been agitating for this sort of thing for years.

This is something that I wholeheartedly believe.

With this in mind, let me make an appeal to the Federal Government to let those voices speak and take the lead on the Open Government policy.

Instead of having a declaration of Open Government signed and delivered by Lindsay Tanner, I would like to see the Federal Government publish a website where individual public servants could publicly commit – under their own names, and with their job titles published – to supporting the Open Government ideal.

I would like to see that site document the areas in which each public servant is working towards Open Government. It could be as simple as saying:

“Hi, my name’s Joe Blogs, I’m a data technician working within the Australian Taxation Office. My team is committed to Open Government, and we’ve obtained permission from ATO management to publish this set of statistical data into the public domain via Creative Commons. That’s our team’s contribution this year.”

If this sort of initiative was to go ahead, it would create a form of peer pressure – where the more individual public servants and teams of public servants signed up to publicly declare themselves as being committed to Open Government — as opposed to merely agreeing with the policy in private but not enacting it when the chips are down – the more would feel pressured to.

If the past several years of Labor rule have taught Australia anything about its political sphere, it is that the principle of ministerial accountability no longer exists. What I would like to see is the public service standing up for itself and taking on accountability for Open Government in its own right.

We’ve already seen some public servants take this stance. The best example I can think of right now is AGIMO first assistant secretary John Sheridan, who has publicly and openly been engaging on Twitter and on the AGIMO blog about matters relating to the Government. And I would like to see more courageous souls like him.

Perhaps what I am proposing here is mere wishful thinking – perhaps there is an entrenched culture of secrecy within Australia’s public sector which will prove too hard for the Open Government ideal to break.

But, to be honest, when I meet individual public servants in person, I don’t believe this. People usually go into the public service knowing that government work doesn’t pay well, is hard and politically complicated. But I’ve met many – Defence chief information officer Greg Farr would be one example – who see it as a noble endeavour – truly serving Australia in the best way that they can. And I admire these people.

These are the people who need to stand up right now and build a real grassroots Open Government campaign within Canberra’s public sector.

I don’t envy the task that these public servants will set for themselves. It will be a hard one. They will need to argue with some of their less enlightened colleagues, in some cases risk their jobs for their ideals, and constantly seek permission from high departmental authorities and their Minister’s office for small information disclosures.

But the alternative to not doing this is even worse.

The alternative is that next time a journalist calls about a matter which goes right to the heart of civil liberties in this country, they will again tell them that it would be “inappropriate to comment”. And that’s not easy to live with.