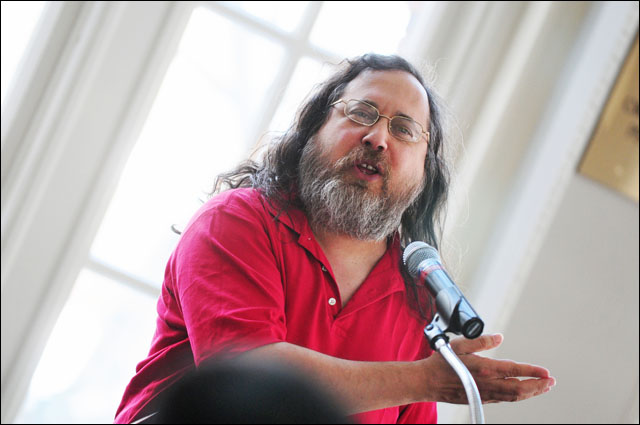 Controversial free and open source software luminary Richard Stallman will hit Australia for an unknown period of time in October, with a keynote scheduled to be held at the University of New South Wales.

The software developer and political activist is best known for his creation during the early 1980’s of the GNU Project, which combined with Linus Torvalds’ kernel programming efforts in the early 1990’s to form what we today refer to as the Linux operating system.

Stallman also founded the associated Free Software Foundation in the mid-1980’s and is the original author of a bunch of popular software projects — such as the Emacs text editor (although it does far more than that) and the GNU Compiler Collection.

The Australian Computer Society has a listing on its events page detailing Stallman’s talk planned at UNSW’s Clancy Auditorium on Monday 11 October from 6pm. The event is being supported by National ICT Australia.

The topic of the talk is “Free software in ethics and practice”, with the ACS stating that Stall would talk about his home ground — the free software movement. It’s not known what else Stallman has planned for his visit down under, but the activist is hardly apathetic towards Australia.

On 26 June he noted on his political news page that Prime Minister Kevin Rudd had been ousted by Julia Gillard after controversy over the Federal Government’s new mining tax. “I have no love for Rudd, who wanted to impose filtering on the Internet,” wrote Stallman at the time. “(Maybe the new Prime Minister, Gillard, does too.)”

“What is clear is that she’s an opportunist who is willing to bow down to business. Australians were fools to be taken in by business threats.”

Earlier in June he claimed that Europe, Russia and Australia were pushing for “a corrupt scheme for counting CO2 emissions from forests”, and he also referred to the idea of carefully controlled grazing schemes in countries such as Australia.

On 24 May, in a post entitled “slippery slope of zealousy”, Stallman noted that Australia’s Customs service had imposed searches on laptops of international travellers, demanding that they declare whether they were carrying pornography.

“It will be hard for them even to know the answer. Worse, it is an opportunity for further government censorship,” Stallman wrote.