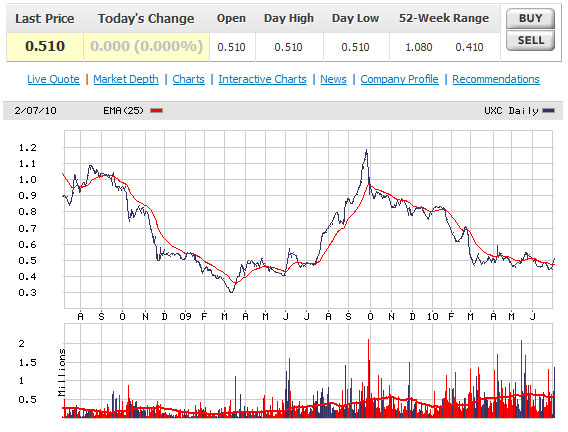 Troubled diversified technology services group UXC has defended the fact that its two most senior executives are on annual leave while it is negotiating with other groups over its potential acquisition.

In a statement issued late Friday, UXC revealed it had entered a period of due diligence where another party was examining its books. The due diligence period expires in July. UXC is an umbrella organisation which owns a number of Australian IT services and consulting brands — with subsidiaries like Gibson-Quai AAS, Red Rock, Telsyte, Oxygen and Integ.

UXC chief financial and risk officer Rowan Cole confirmed this morning that UXC executive chairman Geoff Lord and finance director/company secretary Mark Hubbard were overseas on annual leave.
“Nothing is going to happen in the time that they’re away. I think it shows trust in the rest of the company,” he said.

The period of due diligence is the latest consequence after UXC announced in late February that it was to undertake a strategic review of the future of the business, aimed at “unlocking greater shareholder value”. Last week it said it had examined various alternatives with a number of significant parties, entering due diligence with one company that could lead to a full bid, although “many” of the other parties remained interested in UXC.

This morning, Cole said the due diligence arrangement at the moment concerned a company which could make a bid to acquire the whole of UXC. But if that deal fell through, he said, alternatively UXC’s IT business or its utilities business could be acquired separately — or UXC could even continue to trade as it was.

He noted the IT services side of UXC’s business was “powering ahead”. In last week’s statement, UXC divulged the news that its IT group would generate record earnings before interest, taxation, depreciation and amortisation of about $450 million for this financial year — which UXC claimed would make it “the largest Australian-owned IT services business in the region”.

Lord himself is understood to be one of the largest shareholders in UXC, holding some 5.72 percent of the company’s stock as at 17 September 2009, according to the company’s last annual report.