According to Wikipedia, the town of Waubra in Victoria has just 500-odd residents and was previously known as The Springs. Its Post Office opened in 1860 and it was served by a Victorian Railways branchline from 1888 through 1968.

Sounds like quite a lot of other country Australian towns.

But what Waubra has that other country towns don’t have, according to Google Maps, is a whopping great USB cable running through it, quite a few kilometers long, with connectors as big as houses. 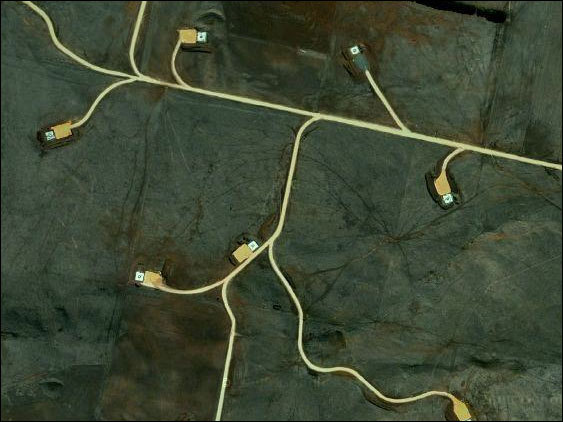 Can anyone in Waubra confirm what this structure of roads and buildings actually is on the ground? Otherwise we’ll be forced to conclude that Waubra residents have created their own modern version of the Nazca Lines in Peru.

To worship the god of USB.

First reported by The Register