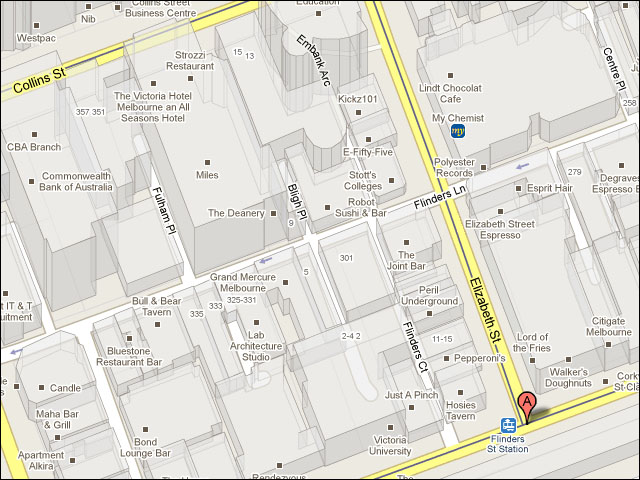 Google appears to have switched on a feature in its geographical search product Google Maps which generates a partial 3D view of sections of Melbourne’s central business district.

The feature does not allow users to pan around the buildings, but does give a rough idea of how high each building is relative to those next to it. The buildings are somewhat transparent, meaning their addition does not block the user from seeing details around them.

A Google spokesperson did not immediately respond to a request for comment on the new addition to Google Maps, but the search giant’s Australian Twitter account revealed the feature this morning, saying: “Take another look at Melbourne on Google Maps: you don’t even need 3D glasses”.

A number of cities globally — especially in the US, but also Tokyo, for example — received the extra 3D feature three years ago in 2007, but none of Australia’s other major cities have the 3D buildings option turned on yet, apart from Mebourne.