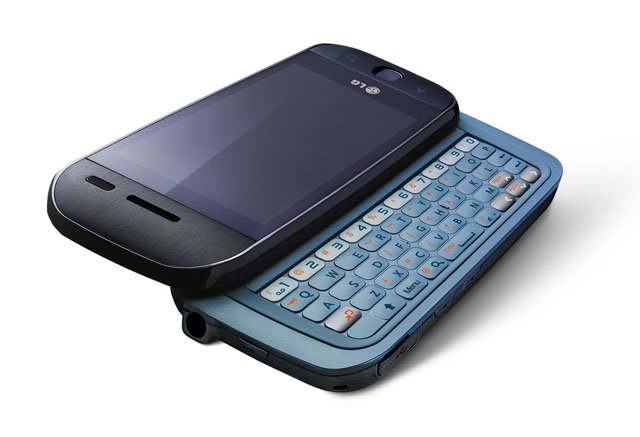 Two new handsets based on Google’s Android operating system are set to rock the Australian handset market — the LG GW620 (pictured above), which was released yesterday, and the Samsung Galaxy S, set for release very shortly.

The GW620 is sported as being “social networking savvy and stylish to boot” with a Social Networking Manager (SNM) feature that offers ease of use of popular social networking sites such as Twittter and Facebook. said “The LG GW620 is our first Android phone and we’re very proud of its social networking capabilities,” said LG Electronics general manager of Mobile Communication, Nathan Dunn.

The new LG handset features Android OS 1.5, a 320×480 pixel 3″ display, a 5 megapixel camera and a slide-out QWERTY keyboard. The phone is available at Crazy John’s on a $299 prepaid and Telechoice dealers on a $29 cap plan.

The story broken by Android Australia, had picked up on AllPhones listing the anticipated Galaxy as “coming soon”. Delimiter contacted a Samsung PR spokersperson on the release date of the phone, who said only “stay tuned”, with another adding an announcement could be expected very shortly.

The Galaxy has the 2.1 version of the Android O/S, is 9.9mm thin and features a 1GHz Samsung chip, 8GB or 16GB of internal memory and up to 32GB of expandable memory, a five megapixel camera.

A specialty of the device is its 4 inch Super AMOLED 480×800 pixel display. The Galaxy was released in Europe last week after receiving 1 million pre-orders, was revealed in Korea today.

“It will be a new turning point for Samsung’s mobile handsets,” JK Shin, the company’s president for mobile business, told reporters. “The phone was released in some countries with a much more heated response than previous smartphones.”