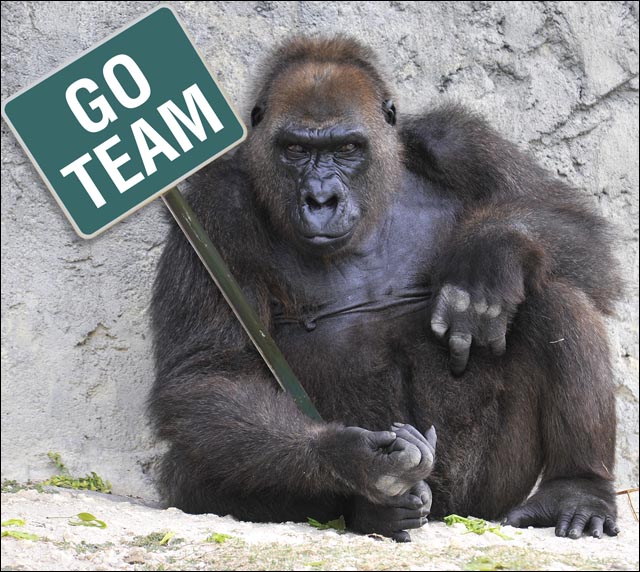 analysis If you watched closely, you could see a thousand naked power plays being performed yesterday during Telstra chief executive David Thodey’s speech to the Trans-Tasman Business Circle.

Australia’s biggest technology vendors know that like scraps falling from Kerry Packer’s table to smart cookies like Rene Rivkin during the 1990’s, even a small morsel could significantly boost their revenue in the long term if Telstra chose to throw it their way.

This writer was fascinated to see that Thodey’s own table was populated during lunch (on paper, at least – we didn’t catch sight of all of those mentioned here) by a number of important local technology executives – many of whom, no doubt, were trying to lay the long-term groundwork for a pitch.

The most high-profile player believed to be sitting with Thodey was Andrew Butterworth, the managing director of the Australian division of networking supplier Alcatel-Lucent. Thodey will have been close chums with Butterworth for some time, as the company is one of Telstra’s major suppliers and has likely had its local fate tied up with the telco’s for decades.

But it won’t hurt Butterworth to have put in a little face time with Thodey in the more social lunchtime setting that yesterday business lunch allowed. After all, Thodey has only held Telstra’s reins for 12 months, and Butterworth has only led Alcatel-Lucent locally since early 2009 himself.

Also at Thodey’s table was Scott Ayer, who we believe was the main Telstra account executive with EDS before the IT services giant was snapped up by HP. It looks as if Ayer retained his position after the company’s re-shuffle and is still charged with courting Telstra.

EDS – now HP Enterprise Services – is also one of Telstra’s biggest suppliers, so Ayer probably didn’t have to do too much work buttering up Thodey. Telstra awarded the company a five-year, $190 million contract in June 2009 for application management. And the company had been working with Telstra for at least seven years before that, according to its local chief David Caspari.

The presence of NetApp Australia managing director Peter O’Connor on Thodey’s table can be explained by the fact that Telstra is known to have a new NetApp storage environment. And it’s likely a similar situation with Salmat chief Grant Harrod – it’s likely, given Salmat’s long Australian history, that the company has dealt with Telstra many times on many different engagements.

In one of the speeches at the event, Gilbert + Tobin managing partner Danny Gilbert, who we believe was sitting on Thodey’s right at his table, advised the crowd that the law firm has long counted Telstra among its clients. And various websites list the firm as having been engaged by the big T on its interaction with the Federal Government’s National Broadband Network project.

There would obviously be some things that Gilbert and Thodey would not be able to talk about though … as the same websites also list Gilbert + Tobin as having consulting to Optus parent SingTel on Singapore’s own NBN.

It’s less clear, however, how deep the Telstra relationship runs in several of othe other players at Thodey’s table. Symantec Australia chief Craig Scroggie was listed as being there, as was Brett Lindstrom, a business unit director at software giant Computer Associates.

CA has recently been talking up cloud computing in Australia recently, however, with iTnews reporting that the company is seeking work with Telstra’s Silver Lining project. And there must be some relationship there, because Computerworld reported in February 2008 that much of the telco’s IT transformation was being organised through the use of CA’s program management suite.

It’s likely that Symantec is engaged with Telstra on a number of levels – probably through some of its acquisitions (for example, the Veritas storage business and the Altiris IT asset management unit), but there is probably also a connection on the MessageLabs side.

Who knows … Telstra might even be running Norton on its desktop PCs.

As a side note, the head of the National Broadband Network Company, Mike Quigley, might not lead a company the size of Thodey’s (yet), but he also attended the lunch – albeit on a separate table. A little-known fact is that he was accompanied by his new boss — smiling NBN Co chairman Harrison Young, who was only appointed to the role in late March.

One potential suitor on Quigley’s table was Jackie Korhonen – the chief of the Australian division of Indian outsourcer Infosys. We doubt they would have had much to talk about though – Quigley seems to be quite keen to keep much of NBN Co’s work in-house.

And we certainly doubt Quigley would have gotten along well with one of the other attendees on his table – AAPT chief Paul Broad, whose thoughts on the NBN have seemed pretty clear over time – he thinks it’s a load of hogwash – and almost in so many words.

I would have loved to be a fly on the wall sitting next to Quigley and Broad yesterday.

Other industry notables on different tables included Mike Foster, who ran KAZ under Thodey before the IT services company was sold to Fujitsu. Foster is now seen as Fujitsu chief Rod Vawdrey’s right-hand man and possible eventual successor.

And although we didn’t spot him, former opposition leader Malcolm Turnbull also attended, publicly tweeting that he was at the event and even noting Thodey’s statement that 80 percent of all Telstra’s internet traffic was video. We do suspect Turnbull knows quite a few people in the telco community, given his history as a co-founder of former ISP OzEmail and in investment banking.

We also suspect higher-ups from a number of other companies were gathered at various tables, given their logos were prominently displayed – but we didn’t catch glimpses of any of their notable executives.

Anyone else at the lunch that we missed?