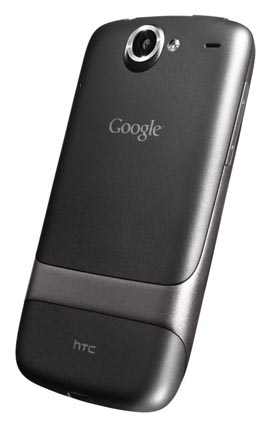 Mobile telcos VHA and Optus have not yet responded to reports and rumours the pair are planning to launch new handsets based on Google’s Android mobile platform in Australia — including a claimed launch by Vodafone of the search giant’s own Nexus One phone.

The Nexus One is an Android phone marketed by Google internationally and manufactured by HTC. Its specifications are similar to those of the HTC Desire, which Telstra recently launched in Australia to great interest from consumers, but Google’s own offering has yet been retailed by Australian telcos.

However — bear with us here — blog Android Australia reported yesterday that a poster on broadband forum Whirlpool had been told by a Vodafone representative online that the phone would be coming in mid to late June, posting a screenshot of their online chat.

There is no evidence as of yet that the screenshot is legitimate, with VHA spokespeople not having yet responded to a request for comment on the matter.

“We’d love to see the Nexus One come to more countries but we’ve nothing to announce about availability in Australia at this time,” said a Google spokesperson.

Google is also ramping up efforts internationally to sell the Nexus One through telcos — for example, in Canada.

The news also comes as Android Australia and Mr. Gadget have also recently reported that the HTC Legend, the Desire’s little brother would be coming to Australia — likely through a relationship with Optus. Like the telcos and Google, a HTC spokesperson had nothing to add to the reports about the Legend’s availability.

Optus has offered the entry level HTC Dream Android handset in Australia, and has recently revealed plans to bring Motorola-based Android mobiles into Australia. It is also selling the Sony Ericsson Experia X10, another Android handset.