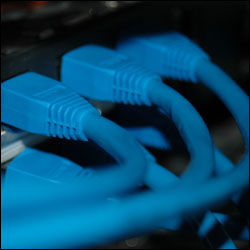 The Australian arm of Chinese networking vendor Huawei today again defended itself against what it described by “faceless accusations” of espionage in foreign countries by “one newspaper”.

National newspaper The Australian today reported Huawei’s pitch for work supplying hardware to the National Broadband Network rollout would be “another test” in Australia’s relationship with China, depending on whether the company could “overcome the security taint of its links with the People’s Liberation Army” in its home country.

The newspaper has previously published investigations into the Chinese vendor’s Australian activities.

But in an interview with Sky News today, Huawei’s local director of Corporate and Public Affairs Jeremy Mitchell — who has held a similar position at Telstra — pointed out the company boasted 45 of the top 50 global telco operators as partners.

“It’s upsetting and disappointing that these sort of faceless accusations get made, but we know that those in the telecom industry know us, they know our reputation, and as I said, you know, you don’t get to the position that we get – number one in fixed networks across the globe – unless you deliver,” he said.

Asked about the Australian’s investigations into the vendor, Mitchell said: “Well it’s one newspaper in the whole of our operations globally.”

The news comes as Huawei continues to garner interest from Australian telcos, the latest being Telstra — which has included the company in trials of Long Term Evolution technology on its Next G mobile network, alongside European vendors Nokia Siemens Networks and Ericsson, which built Next G.

It is also one vendor in contention for a large network management deal at VHA, the company formed from the merger of mobile carriers Vodafone and Hutchison — again, with NSN and Ericsson.

Internationally, the vendor has a strong presence and is currently seeking to expand its power through bidding for a unit of US mobile giant Motorola. According to the Financial Times, Huawei is in talks with US defence and intelligence agencies to assuage espionage fears — going so far as to negotiate a ‘mitigation agreement’ in order to address any security concerns.