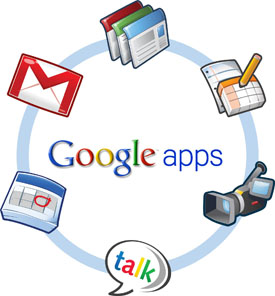 Telstra chief information officer John McInerney today said the telco was making increasing use of cloud computing technologies to support the work of its internal staff.

But it doesn’t appear as if the nation’s largest telco will follow its much smaller cousin AAPT and go so far as to adopt Google’s cloud-based email and office suite across its operations.

In November 2009 AAPT revealed it would use Google Apps for its more than 1,300 staff, saying it was more of a philosophical decision than a technical one.

McInerney didn’t directly say that Telstra wouldn’t adopt Google’s technology for its staff when asked about the issue at a press conference held by the telco today – but he and Telstra chief technology officer Hugh Bradlow appeared to back away from the offering.

When he moved data into a public cloud offering, “I’ve got to be very very careful,” said McInerney. Bradlow then quipped – “If he imposes Google Docs on me, I’ll throw my laptop at him,” to laughter from the assembled press corps.

There is currently a sizable level of hype about other internal corporate communications tools such as Yammer, Sharepoint and Wikis. But McInerney said he still saw email as a key collaboration tool and would continue to build it out as an asset within Telstra.

In general, McInerney said Telstra workers were increasingly using cloud-based solutions – especially on the road with laptops connected to the telco’s Next G mobile broadband network. He gave the example of documentation stored online or development testing.

Asked what he thought about the argument that some less critical workers on the edges of organizations could be serviced with cloud computing offerings, McInerney said he would use commodity play infrastructure to support a “commodity play” situation.

The CIO said it was tough to get a definition of cloud computing – there were probably “30 definitions” out there, he said. “If I asked myself and Hugh about cloud computing, we would get a different definition. And we often do talk about that,” he said.

“Yes, but mine would be right,” joked Bradlow.

Telstra acting chief operations officer Michael Rocca backed the benefits that the company’s staff had obtained from using their laptops to do work on the road using Next G. “It’s been one of the biggest enablers of productivity improvement,” he said.

LTE trials
Also at the press conference, Telstra revealed some details of its ongoing plans to increase the robustness and speed of that mobile network.

In May the company will begin trials of the Long Term Evolution technology that is viewed as a long-term migration path for its current HSPA+ network. The company will partner with Ericsson, which built Next G, as well as Nokia Siemens Networks and Chinese challenger vendor Huawei on the trials, which will run for three to six months.

“LTE is globally acknowledged as the dominant next generation technology for mobile technology. It will be an important evolution for the Next G network in due course because it will give consumers access to higher speeds while giving Telstra the capacity to serve an increasing number of customers and support an even wider range of applications,” Rocca said.

Telstra’s current roadmap has it upgrading Next G to theoretical speeds of 84Mbps through 2011 and 168Mbps in the 2012/2013 timeframe, through the implementation of the Multi-Carrier HSPA and MIMO technologies.