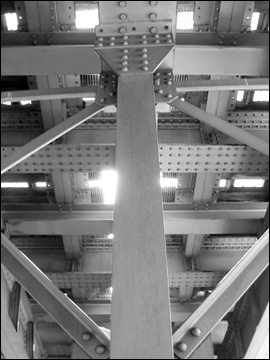 Steel giant BlueScope Steel appears to have re-negotiated its long-term IT outsourcing arrangement with CSC, with a new, potentially eight-year agreement inked before the initial period of its old arrangement expires in December 2010.

It was only in January 2007 that BlueScope revealed it had signed a four-year base contract with two, two-year extension options with the US IT services giant, covering consulting, applications development and support, disaster recovery, systems integration and end user services, for a total eight-year value of $480 million.

CSC has been providing IT services to BlueScope since May 2000.

But instead of taking up the first of those two two-year options when that arrangement was up for renewal in December, BlueScope appears to have inked a new deal, with CSC announcing this morning that the steel giant had contracted it for another four-year base period, with two additional two-year options.

“We have been pleased with our relationship with CSC through the term of the last contract. They continue to support us well in a difficult business environment,” said BlueScope chief information officer Andrew Baker, in CSC’s statement.

“The further cost saving initiatives and service delivery improvements we plan to deliver with CSC are important to us. This new contract recognises the benefit of working with CSC and we look forward to continuing our relationship.”

One hint of why the need to renegotiate the contract came up might be contained in CSC’s press release, which noted the steel industry was going through a “downturn”. The contract, the statement noted, demonstrated “CSC’s commitment to the relationship through the turbulent times of the steel industry cycles”.

Just three days ago when speaking at a SAP conference in Sydney, Baker revealed the company’s IT budget might change dramatically depending from year to year on what projects it had ongoing.