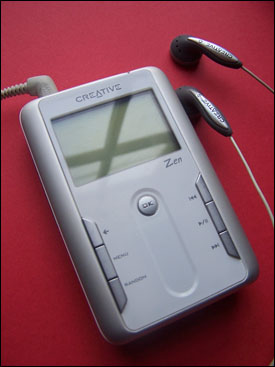 Telstra’s online music arm BigPond Music yesterday revealed it would ditch support for the unpopular Windows Media Audio format after April 1 as it continued to standardise on the rival MP3 standard it has already been providing for a year and a half.

In addition, the telco has warned customers they only have a couple of weeks to download digital rights management (DRM) keys to continue to be able use the music they have already purchased if they move PCs or operating systems.

“BigPond Music won’t be supporting the Windows Media Audio file format after 1 April 2010,” the company said in an email to customers sent out yesterday.

“That means you won’t be able to download new DRM (Digital Rights Management) ‘unlock’ keys for the WMA files you’ve bought from us already – so you should back up your music now.”

When Telstra first launched BigPond Music in 2004, the company only offered tracks in the WMA format, due to the ability it offered the company to control how the tracks were copied with Microsoft’s bundled digital rights management software.

However, the company started offering music in the open MP3 format in mid-2008 as it became apparent that the global music industry was standardising on the platform for digital purchases. Additionally, the WMA format can only be played on Windows PCs and a limited number of digital music players — but not Apple’s dominant iPod device.

In March 2009, Telstra stopped selling tracks in WMA format — but it has continued support for existing customers downloading licence keys for tracks they already own.

Telstra advised customers that if they wanted to keep playing the WMA tracks they had purchased on their existing PC, the files would play fine. But if they attempted to move the tracks, they would need the DRM keys — which they can only download for the next several weeks.

It told customers to either burn their WMA files to audio CD as a backup, or separately backup their WMA music files and licence keys.

In its email, Telstra acknowledged the problems of WMA.

“DRM is a kind of lock and key system. The key unlocks the music so that it’ll only play on your software,” the BigPond Music team wrote. “The downside of this security is that WMA downloads don’t work on popular systems like Apple’s iPod and iTunes software. It’s also hard to move WMA files without downloading a new licence key.”