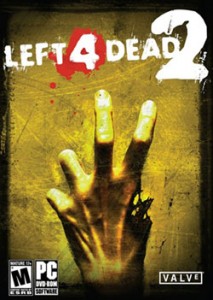 One of Australia’s largest video games retailers, EB Games, today threw what it said was its “full support” behind the push for an R18+ classification scheme to bring games in line with other content in Australia.

The retailer has posted a petition in all 350 of its stores across Australia and on its website, which customers will be able to sign in an attempt to lobby governments on the issue.

EB Games managing director Steve Wilson said in a statement that customers had asked the retailer to support the issue with a campaign in stores and online.

“With the release of the Government’s discussion paper, we knew as a company that we needed to act on this issue as it continues to cripple our industry and cost local jobs,” he said. “We did however want to be sure that our customers were as passionate about the matter as we are.”

To gauge its customers’ reaction, EB Games had setup an online poll asking whether customers supported the classification. In just 10 days, 50,000 people responded, with 84 per cent saying they supported the idea.

“Our customers have sent us a message loud and clear that this is an issue that needs to be addressed and we only get one shot at this. Once this Government paper is closed, it could be many years before we get another chance to voice our opinion on this issue. The time to be heard is now,” Wilson said.

“This is not a call for violent video games, but rather a call for a better classification system that brings Australia in line with the rest of the world and other Australian entertainment industries, such as films.”