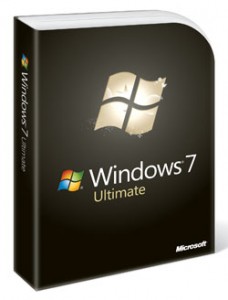 news The Queensland Government has inked a comprehensive whole-of-govt software licensing deal with Microsoft that will reportedly see all of its agencies migrate to Windows 7.

Up to 150,000 employees will be covered by the arrangement, which will also fuel the state’s migration to standardised email and server platforms, according to a statement issued by state ICT Minister Robert Schwarten this week.

The AustralianIT has reported comments by Schwarten to the effect that every government agency will migrate to Microsoft’s latest desktop offering.

The state is known to be currently engaged in one of Australia’s largest roll-outs of Microsoft’s Exchange email platform, with the project slated to impact some 80,000 email accounts.

In the statement, Schwarten said a panel of large account resellers was being established after an invited request for tender process. “A panel arrangement is the most useful and cost-effective solution for government as it promotes responsive service from the resellers as well as offering variety at competitive prices,” he said.

The state has billed the initiative as part of its ‘Towards Q2 through ICT” strategy which is aimed at enhancing service delivery while saving money through a program of ICT modernisation.

“Such an approach will support our ‘one government’ vision and bring about benefits for government including simplified purchasing processes, better control of software assets and savings,” Schwarten said.

The news comes as the state has recently taken other actions to reform its approach to ICT.

For example in December ZDNet.com.au reported Queensland had split its chief information office into three separate units, with the division’s executive director Alan Chapman being forced to apply for a new role.