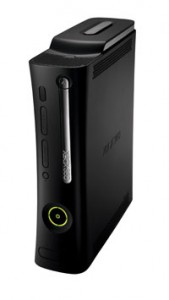 news Microsoft has added over 30 new films to the Xbox Live movies on demand service launched in Australia and New Zealand in late 2009, including fan favourites such as Lethal Weapon and Rocky II and III.

According to the AustralianIT, the local service featured an initial library of about 100 titles with prices generally comparable or slightly higher than those offered in traditional video stores — between $4 and $7.

In some other countries such as the US, Microsoft offers a broader video on demand service through the Xbox Live platform — a subscription offering for owners of the company’s flagship Xbox 360 platform.

For example, when Microsoft first launched a similar service in the US, it had partners including Paramount Pictures, CBS, MTV Networks, UFC, NBC and Warner Bros Home Entertainment.

The full movies on demand service available in the US and a number of other countries is dubbed Video Store, whereas in Australia it’s a separate and more limited platform branded with Microsoft’s Zune media player.

Reaction has been mixed to the service in Australia so far from local users.

“Good to see some new content on the video marketplace, now if we could only get some TV I’d be happy,” wrote one commenter on an entry on Microsoft’s Australian InsiderX blog announcing the new movies late last week.

“Cool, but still cheaper (even with petrol etc) to drive to the vid shop by a long shot. There was one movie on there that work out to be around NZ$10,” wrote another.