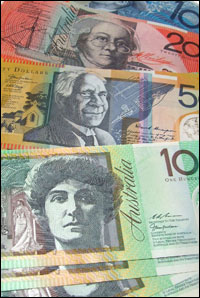 news Analyst house Ovum today predicted the Australian and New Zealand IT services market would grow more than 4.5 percent in 2010 in what the firm described as a “relatively rosy picture”.

“The recession did impact the IT services market in ANZ to some extent, spread across a number of sectors and services, with consulting being hit relatively hard”, said Ovum principal IT services analyst Jens Butler in a statement.

“However, this area has rebounded strongly towards the end of 2009 within a number of key verticals and is leading the investment charge into 2010”.

Butler said infrastructure outsourcing and support services had shown consistent strength over the past couple of years and had been the ‘safe harbour’ for many service providers during the global financial crisis, with consolidation towards the top five suppliers in the space.

The caveat, according to Butler, is that the IT services market will not see the same sort of growth levels it was witnessing before the global financial crisis until the start of 2011 at the earliest.

The news comes weeks before many of Australia’s listed IT services firms are due to report their financial results for the six months to December 31, 2009.
Firms like ASG, UXC, SMS Management & Technology and Oakton had all suffered steep share price declines as a result of the global financial crisis.

There has been little indication over the past six months of staffing cutbacks or revenue shortfalls at the Australian divisions of multinational IT services giants like IBM, CSC and Unisys, while some such as Fujitsu and Capgemini are actively ramping up their operations — Fujitsu with the acquisition of Telstra’s KAZ division and Capgemini organically.

“A substantial level of interest is being shown by IT services vendors in the ANZ market, be it from a consulting-led view and the associated uptick, as well as driving into some of the more non-traditional verticals, i.e. chasing the money in utilities and public sector,” said Butler.