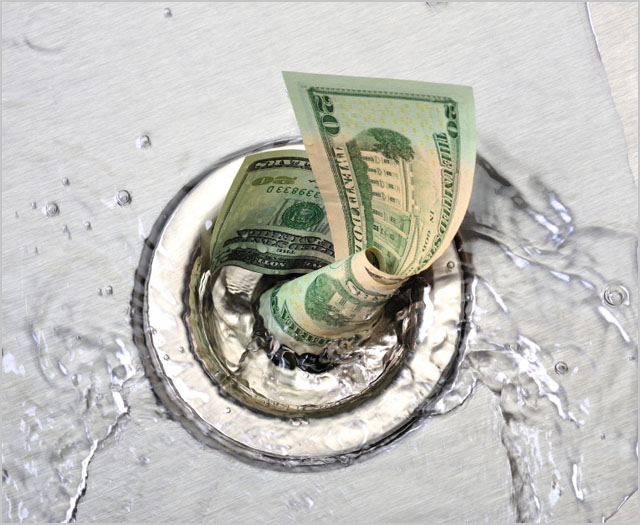 blog If you’ve attended an Australian cinema recently, you’ll be aware that $20 ticket prices are now a thing. If you just hit up a film every couple of weeks and avoid the cinema’s high-priced junk food aisle (your writer habitually goes to Woolworths for some snacks beforehand), then this mark may not seem like such a huge deal. But if you throw a family into the mix, a night out at the movies can now seem a little too exorbitant for many. According to several cinema executives, one of the central reasons for the ongoing price increases is Internet piracy. The Sydney Morning Herald reports (we recommend you click here for the full article):

“[Village co-executive chairman Graham Burke] said piracy was “spreading like a virus” in Australia and if left unchecked would become a serious problem for his business. “Australia is probably the worst country in the world for pirating movies,” he said, labelling it “plain and simple theft”.”

Now, to a certain extent it’s possible that Burke’s statement is accurate. Australia is one of the highest-pirating nations globally. Our love for great content, our large amounts of personal free time compared with residents of other countries and the lack of legal availability of much content locally (see the ongoing debate about watching Game of Thrones down under) have combined to ensure that Australians do pirate a lot of content, and it is indeed possible that many of us are choosing a cheap night at home watching that content rather than hitting the local cinema.

However, one can’t help but feel there is a bigger picture being lost here in the rage against Internet piracy.

First and foremost, the film industry’s own statistics show that its revenues have been stable for some time. Screen Australia has compiled a list of revenue figures over the past several years, and what they show is the industry remaining at a stable level consistently. In 2012 local box office takings were $1.13 billion, in 2011 $1.09 billion, in 2010 $1.13 billion, and in 2009 $1.09 billion. The only thing that varies is how much money each distributor is making, which probably has quite a bit to do with the quality of individual film releases.

I’m sure piracy has been increasing in that period, but there’s not much evidence that it’s had a big effect on revenues, and in fact since 2003 local box office takings revenues have increased substantially in general — in that year the industry took $866 million.

You could make the argument that piracy has stopped the cinema industry from achieving its legitimate organic level of growth. However, if you make that argument, you should also examine the revenue hit from legitimate home viewing in the form of DVD and Blu-ray releases as well as IPTV and pay television (Foxtel). Many parents don’t get to the cinema a lot because they have young families. But do they watch a heck of a lot of DVDs and Foxtel after those families have gone to sleep? Hell yes, they do.

This behaviour may remove revenues from cinemas (distributors), but it increases revenues to many of the same original content producers and hardware manufacturers which benefit from cinema ticket sales. I just personally bought a new TV sound bar for $400 — or the price of 20 cinema tickets. I can pick up virtually any movie on DVD I want for less than $30 (to own), or rent it through Quickflix for a monthly subscription fee. Am I spending less money on content consumption than someone who goes to the cinema a lot? I would say I’m probably spending more.

The truth is that overall consumption patterns among consumers have changed over the past decade as technological developments have meant that many of us can achieve cinema-like experiences at home. Piracy is a part of that overall picture, sure, but it’s not the whole picture, with most home viewing being legitimate consumption. And yet throughout all of that change, cinema revenues have remained steady in recent years and even grown on a decade-long basis.

To me what this suggests is that the problem Burke is complaining about is not a technical or legal problem which needs to be solved, but a business or commercial one. If cinemas want people to reduce the percentage of movies that they watch in their loungerooms and increase their cinema viewing time, they need to start enticing people back with incentives. Consumers need to feel they are getting a better experience at the cinema than they can get at home, or they won’t bother.

Many people feel today that the experience of paying high prices to attend a crowded cinema which only shows certain films at certain times for a certain period and packs 20 minutes of obnoxious advertisements in beforehand is something less than perfect. Ridiculous candy bar prices, poor customer service and arcane booking processes merely add insult to injury. No wonder that many of us choose to take our money elsewhere. If I am going to pay top dollar for an experience, I want to get a top dollar experience — or else I will just stay at home.

Some things I would like to see cinemas offer to entice consumers back would include membership plans (where you could attend as many films as you wanted per month for a subscription fee), cheaper, better and healthier snack bar food, streamlined booking and seat choice services that were integrated with social media so groups could more easily coordinate cinema attendance, better in-cinema seating and hot food bundling, quality on-premises childcare for parents, better customer service upon arrival, and better film quality in general. So many Hollywood blockbusters these days are just cookie cutter films not really worth paying $20 for a single viewing.

Cinemas used to be community hubs. But most of them seem to be set up these days to alienate consumers rather than enfold them in welcoming arms.

The cinema industry, like the pay TV industry and other rightsholder organisations in Australia, is turning to the legal/regulatory avenue right now in an attempt to deal with one factor which it believes is impacting its revenues. But in the meantime, it is completely ignoring other commercial factors which it could use to achieve the same outcome. The time-honoured approach of dealing with Internet piracy has been to call for Government intervention. But I doubt many in the cinema industry have actually asked customers what the industry could do to entice them out of their loungerooms more. I don’t have all those answers — but I suspect they may come as a surprise.