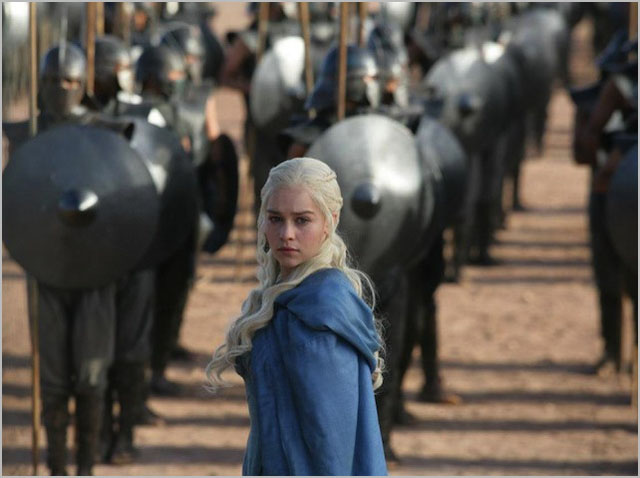 blog It probably won’t come as a surprise to those who have followed Game of Thrones piracy news over the past several years (an important genre in technology journalism in its own right), but Australia appears to have set a new record in terms of copyright infringement of the flagship HBO series. TorrentFreak tells us (we recommend you click here for the full article):

“Data gathered by TorrentFreak reveals that half a day after the first episode appeared online over a million people have already grabbed a copy via a torrent site. Earlier this morning, more than 300,000 people were actively sharing one of the three most-popular torrents.

A sample of 18,333 IP-addresses collected over the day shows that Australia takes the crown with 11.6% of the total. The United States is a good second with 9.3%, followed by the United Kingdom with 5.8%. The number one spot for Australia is all the more impressive since it has a population of just over 22 million people, relatively small compared to the other two countries.”

This news should come as absolutely no surprise to anyone. Australia was at the top of the Game of Thrones piracy tables in May 2012, and again in April 2013. One suspects that in the wake of Foxtel’s announcement in February that it had gained absolutely exclusive rights to the series, many Australians have taken up the blatant offer by BitTorrent-based TV content distribution group EZTV that same month to furnish Australians with copies of the show. Ah well, at least HBO doesn’t see the problem as too big of an issue, even if local distributors, the US Ambassador to Australia and Australia’s own Attorney-General George Brandis certainly do.