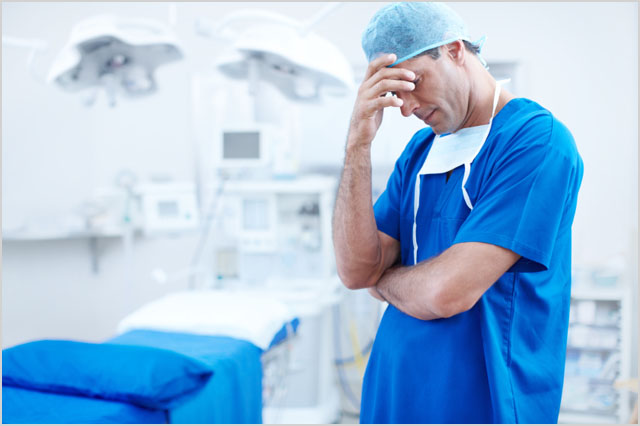 news The Western Australian State Government has been forced to admit that the IT systems associated with the new Fiona Stanley Hospital being built in the state had blown out in cost by an amount expected to be between $25 million and $50 million, as delays continue to affect the opening of the new flagship facility.

Fiona Stanley is a new, 783 bed hospital being build south of the Perth central business district. It is billed as a flagship hospital for Western Australia, and was originally planned to be a paperless facility, featuring the latest in medical and information technology. However, the project has gone off the rails. In June last year Health Minister Kim Hames issued a statement noting that the $2 billion project had run late and would open in October 2014 instead of April, although it was more than 90 percent complete.

One specific issue which continues to dog the facility’s construction includes the “advanced ICT system” which contractor Serco is putting in place at the facility. The platform is billed as being able to deliver new levels of patient care and convenience by managing administration, patient information, medical records, communications and patient entertainment, all through one central facility. Serco is handling the rollout and part of the IT systems deployment, while British telco BT is conducting the telecommunications rollout. The Department of Health itself also has substantial responsibility for some IT systems.

In a tense session in mid-February (first reported by iTNews), the State Parliament’s Education and Health Standing Committee grilled current under-treasurer Timothy Marney on the delays and cost blowouts.

Marney confirmed that the $2 billion project as a whole had already suffered some $330 million in cost overruns, with about $151 million of that sum being allocated to ICT, including a portion going to another facility in Albany. Marney said that the project was currently “still in the throes of trying to finalise 48 separate [IT] systems”, so it was difficult to estimate what the remaining ICT over-runs might be on Fiona Stanley specifically.

“I suspect the exposure is anywhere between $25 million and $50 million,” he said. “If things go really well, it will be $25 million.”

Marney said a previous task force which had been formed by the government several years ago with the purpose of looking at what was required to get Fiona Stanley operational had examined the ICT issue. “One of our key concerns at the time was that Serco’s ability to deliver on its contractual requirements were critically dependent on Health delivering the ICT platform for the hospital, and my concern was that the track record for Health delivering on ICT projects was extremely poor,” he said. “Put the two together, that meant we were going to be up for some form of compensation to Serco because we could not give them the ICT platform that the contract promised them.”

Marney said in a general sense, Serco’s responsibilities with respect to the setup of the systems were largely around “flows of clinicians, security — the actual functioning of the building as opposed to [electronic] patient records”. “But there may be some electronic patient record elements that Serco are involved in,” he said.

Marney told the committee: “The decision of cabinet, when it allocated the additional funds for ICT for Fiona Stanley and Albany, explicitly prioritised the systems investment for those two sites to ensure that they could open; therefore, if you like, deprioritising the rest of the system. Albeit there was substantial investment and that is a whole-of-system platform, and a number of the Fiona Stanley systems are also repeatable across other sites. In terms of Perth Children’s Hospital, the approach taken to ICT for Perth Children’s Hospital is taking into consideration the lessons learnt with respect to Fiona Stanley Hospital.”

“It means the strategy for the construction and deployment and training of systems in Perth Children’s Hospital is significantly different to that employed with Fiona Stanley Hospital in that the approach will be to seek to source an off-the-shelf product that can be easily adapted to the new children’s hospital rather than constructing 48 systems from scratch.”

The news comes as other major eHealth programs around Australia have also suffered major problems in recent years. For example,University of Western Australia software academic David Glance has severely criticised the Federal Government’s personally controlled electronic health records scheme, stating the vast majority of those who have signed up have blank health records, despite the project’s half-billion-dollar cost. The project is currently under review.

Queensland Health’s eHealth project is significantly delayed, and in October last year the Victorian Government published a landmark review into the use of technology in the state’s health ecosystem, finding that its landmark HealthSMART program launched in 2004 had had its benefits, but that the state should devolve most decisions about IT back to individual health units such as hospitals and stop taking a strongly centralised approach to eHealth.

opinion/analysis
I suspect anyone reading this article would have looked up from their computer screen in horror at Marney’s revelation that the Western Australian Government sought to construct “48 systems from scratch” when setting up the IT systems for the Fiona Stanley Hospital. Deploying off the shelf software should have been the assumed default position in this scenario, instead of seeking a customised solution. I would not personally be shocked if it takes another five years for Fiona Stanley’s IT systems to be bedded down, and I suspect most of the systems will not be deployed in other facilities.

Australia’s ongoing e-health disaster zone continues to roll on, and on, and on, in every state, and in the Federal Government. How many billions of dollars does Australia need to throw at this situation before we realise the situation is not working?