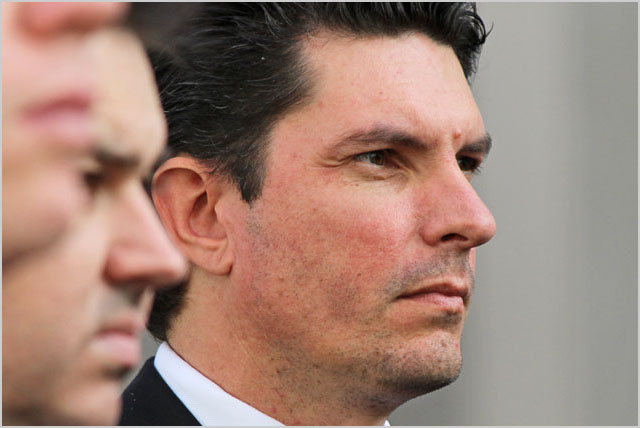 news Labor and the Greens are likely to team up in the Senate today to force Communications Minister Malcolm Turnbull to publish next Monday the full Strategic Review which will guide the future of the National Broadband Network project.

The Strategic Review is being led by NBN Co’s Board and executive management. Its primary objective is to evaluate both the current NBN operational and financial performance as well as the timing, financials and product offers under alternative models of delivering very fast broadband to homes and businesses across Australia. Its recommendations will help shape the Government’s decisions regarding the future of the project.

Last week, NBN Co executive chairman Ziggy Switkowski told the NBN Senate Select Committee that the company would deliver the Strategic Review to the Federal Government yesterday. This timeframe is in keeping with a pledge by Communications Minister Malcolm Turnbull that the review would be developed within 60 days of NBN Co having a new management team.

A spokesperson for Turnbull this morning confirmed the report had not yet been delivered. When it was, they said, it was likely to be in draft form. After the Government had time to consider the draft, a final version would be produced.

This approach has largely become standard practice for the production of this style of report, under both Labor and the Coalition, although some commentators have criticised the approach for having the potential to undermine the independence of such reports. Additionally, Switkowski said last week that some sections of the report — dealing with commercial in confidence information, for example, may not be released.

Yesterday, Greens Senator and Communications Spokesperson Scott Ludlam signalled he would today file a motion in the Senate that the Coalition table the Strategic Review document no later than noon on Monday 9 December. It is believed that Labor’s Senators will support the motion, meaning it will pass in the Senate as it is currently constituted.

“The report was due yesterday, and it is reasonable for the Minister to have a week to digest the contents of the Strategic Review, which should then be made public,” said Ludlam in a statement.

“There is a strong public interest in knowing the fate of a national high speed broadband network, with a majority of Australians voting for parties that support an end-to-end fibre to the premises network. At recent committee hearings however, incoming NBN Co Chair Dr Ziggy Switkowski could not say whether the report would ever be made public.”

“Fibre to the node was explicitly rejected by an expert panel in 2009, because it would be obsolete on the day it was built. It will be fascinating to see if the Strategic Review is guided by the evidence, or the politics. It is the Senate’s job to find out.”

Yesterday, in a doorstop interview, Shadow Communications Minister Jason Clare said yesterday was “D-Day” for Turnbull’s plan to roll out “a second-rate NBN”.

“He’s been given a strategic review of the NBN by his mates that have written a report for him at the NBN Company,” said Clare. “It’s on his desk today and he should release that report. Most particularly he should release all of the report, there’s some suggestion that he won’t release it all, he should release the whole report and he should come clean with the Australian people and explain whether he’s going to honour his own election promises.”

Clare reminded journalists that back in the 1940’s, then-Opposition Leader Robert Menzies was one of the fiercest critics of the Snowy Hydro Scheme, another major Australian infrastructure project. “He was virulent in his attacks on that project, he even refused to turn up to the launch of it two months before an election,” said Clare. “Then he became Prime Minister and suddenly had a change of heart. He supported it, he backed it, he funded it.”

opinion/analysis
The report will no doubt be published next week, with some significant redactions. Turnbull has always intimated it would be released. But I’m glad Labor and the Greens have moved this motion. It gives some oomph to the movement to have the report released in full. Over to you, Mr Turnbull. And how about you release that Blue Book while we’re tabling documents? ;)