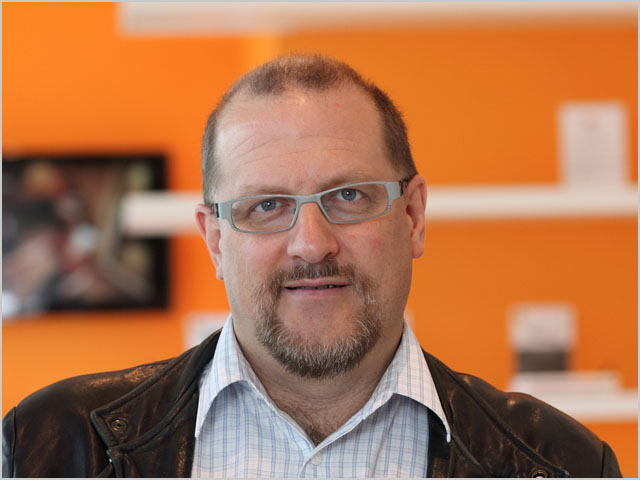 news Internode founder Simon Hackett has declared that the innovative ideas he has put forward over the past several years with respect to reforming the NBN are “just the tip of the iceberg” in terms of potential improvements and cost reductions to the project, as debate continues about its future under the new Coalition Government.

Up until last week, the Coalition’s NBN policy, put together in Opposition, focused on using a predominantly fibre to the node rollout style for the project, as opposed to the more ambitious and technically superior fibre to the premises approach preferred by the previous Labor Government. However, last week new Communications Minister Malcolm Turnbull appeared to drastically modify the policy, declaring the Coalition was not wedded to its FTTN model and was “thoroughly open-minded” about the technology to be used in the network.

Many of the Coalition’s choices about the future of the NBN, Turnbull intimated in a press conference, would be guided by a strategic review which NBN Co was to conduct into its operations within 60 days after its new board its appointed. The review is to set to estimate the cost and time to complete the NBN under its current model, as well as evaluating how other models could potentially reduce that cost and time to complete the rollout.

In the wake of Turnbull’s comments, a number of commentators, including the writer of this article, have highlighted the fact that Internode founder Simon Hackett has constantly publicly over the past several years canvassed a number of improvements which could be made to the NBN rollout to make it both more cost-efficient, as well as improving the competitive outcomes to be stimulated by the rollout.

Hackett accurately predicted that the large number of points of interconnect model mandated by the Australian Competition and Consumer Commission for the NBN would lead to a rapid consolidation of the ISP industry; he predicted moves by smaller ISPs such as TPG to deploy their own fibre if the Coalition won power and modified the NBN rollout; and he predicted the need for ownership of Telstra’s copper cable to be transferred into the NBN Co; an issue currently being discussed by the two telcos.

And in July this year, Hackett outlined a wide-ranging series of changes which NBN Co could make to its network rollout, including using a drastically simplified network termination device and reviewing the design of its network rollout, that would deliver, as the Internode founder said in a speech at the time, “fibre outcomes on a copper budget”.

Because of Hackett’s ability to predict the dynamics of the NBN’s impact on Australia’s telecommunications ability, his extensive experience in the sector and his innovative ideas regarding the project, Delimiter has proposed the executive as a candidate to be appointed to NBN Co’s board (subscriber content).

In a series of new comments posted on broadband forum Whirlpool last week, Hackett said that his comments regarding the NBN so far represented only a start.

Hackett said one of the benefits of the Coalition’s “reset” of the NBN, “can (and should) be to lay out every single source cost in building the NBN, and every single timeframe element required in the build process, and to aim to apply lateral thinking to removing as many of them as can be removed while still delivering a working network, and optimising the hell out of the rest.”

The Internode founder said that in particular, he envisaged NBN Co’s fibre rollout process should be massively simplified to be “an exercise in purely rolling out fibre”, with much of the rest of the complexity of the rollout, such as the network termination units sitting in customers’ premises (and associated battery backup equipment), being shifted away from NBN Co and to retail service providers. The NTU cost is believed to make up a substantial chunk of the approximately $2,400 it is costing NBN Co on average to deploy fibre to customers’ premises.

“It’s about maximising competition and hence competition driven consumer benefit outside of the one part that needs NBN Co – the replacement of copper with fibre in the streets,” wrote Hackett on Whirlpool.

“It’s much more about collapsing the NBN Co fibre installation to a single pass, single truck roll exercise – and the logistics and labour saving of that, versus a process that typically requires NBNCo to undertake multiple truck rolls today. Its about enhancing end user site competition (for the benefit of consumers), not reducing it.”

“Its about taking a fresh look at the FTTH rollout design and being lateral about maximising every opportunity to simplify the rollout and focus on the fundamental task – getting the glass in the ground, cost-effectively and time-efficiently.”

Hackett’s comments on the issue reflect the fact that in the current broadband environment, retail ISPs such as iiNet (which owns the company Hackett founded, Internode) have taken over responsibility for virtually all areas of network management when it comes to providing broadband over Telstra’s copper cables, apart from management of the copper cables themselves.

From the customers’ connections, to equipment in telephone exchanges, to backhaul infrastructure and more, retail ISPs such as iiNet have taken over management from Telstra over the past decade when it comes to their own customers, with Telstra largely getting involved in the situation when the underlying copper cables suffer faults. It appears as though Hackett envisages a similar approach from NBN Co, rather than the current situation, where NBN Co is managing many aspects of customers’ connections, including the equipment on customers’ premises and other factors such as standard speed tiers.

opinion/analysis
As I wrote on Delimiter 2.0 last week, the Government and NBN Co need to start listening to Simon Hackett’s suggestions when it comes to the NBN. The Internode founder has proven himself to be better at predicting the big ‘macro’ outcomes from the NBN’s specific rollout approach than either NBN Co or the Government. Why is he able to do this? Because this is a broadband industry which Hackett, with the help of others such as iiNet’s Michael Malone, Netspace’s Stuart Marburg, TPG’s David Teoh and others, virtually created, in the past two decades. Is it any surprise Hackett is an expert?