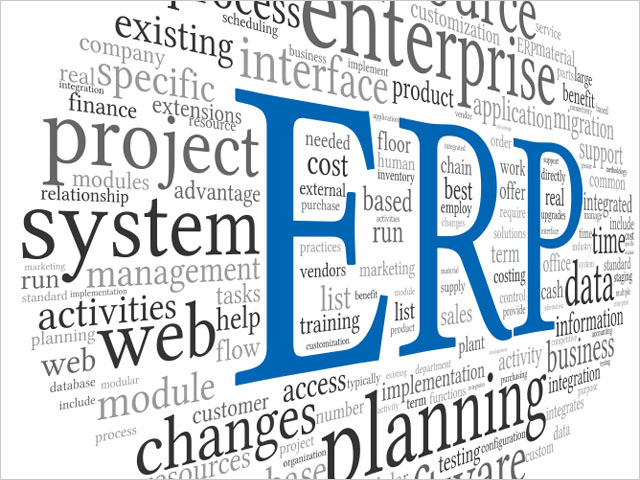 news The Department of Finance and Deregulation has kicked off a major effort to examine the Federal Government’s use of enterprise resource planning systems, with a view to optimising how the public service uses such platforms in the long-term.

ERP systems are some of the most commonly used technology platforms in government and the private sector, consisting of software that supports basic processes of an organisation — ranging from order processing and fulfilment, inventory management, finances, accounting and so on. Perhaps the most well-known aspect of the ERP systems used in government in Australia is payroll, owing to the large number of staff which work for major government departments, especially in areas such as health, education and law enforcement.

The Department of Finance and Deregulation is broadly responsible for setting whole of government IT purchasing policy in the Federal Government, principally though the offices of the chief information officer and chief technology officer.

In tender documents released by the department this week, Finance noted that it was undertaking: “… an investigation into the most efficient approach to providing Enterprise Resource Planning (ERP) services to the public service over the medium to longer term”.

The department added: “This Project will involve analysing public service business functions, including financial, administrative and operational processes and systems. The analysis will consider core roles and responsibilities with a view to identifying opportunities to improve efficiency. The Project as an opportunity for the public service, to establish a transformational, progressive approach to government business architecture.”

The end result of the examination is that Finance will provide advice to the Government on the issue through a report to be published several years hence in 2015.

“The devolved nature of the public service has resulted in Commonwealth entities, over time, implementing various, often customised ERP systems or systems for key functions,” Finance wrote in its tender documents. “This has afforded Commonwealth entities the opportunity to pursue systems and processes that best meet their needs. However the fragmented approach may also have reduced the overall efficiency and effectiveness of government operations.”

“Finance recognises the complexities, specialities, and constraints of Commonwealth entity requirements for ERP operations. However, Finance sees the Project as an opportunity for the public service, to establish a transformational, progressive approach to government business architecture.”

The first step for Finance is to kick off what it described as an “environmental scan”. This will take place over the next few months to December this year and will see the department consult the IT industry on the various solutions available. The next step after that will be research and analysis through to July 2014, with a road map/implementation options be developed through to December 2014, and the report to Government to be produced by June 2015. However, the department noted that its effort “may not result in an approach to market in any form for ERP services”.

The news comes as state governments throughout Australia are broadly abandoning previous approaches to delivering ERP solutions to department and agencies, after whole of government IT shared services approaches in this area broadly failed and a number of individual departmental projects in the area have also suffered dramatic problems; the most visible of which is Queensland Health’s botched payroll systems upgrade.

As the preferred approach to remediate the problems, several states have taken the approach of choosing to focus on the new generation of cloud computing services. For example, the NSW State Government has claimed initial success in its high-profile deployment of a cloud-based ERP consolidation project at the NSW agency of Trade and Investment, claiming that so far the project has been delivered “on time and on budget”, but with a large chunk of the work still to go.

opinion/analysis
This effort by Finance is quite fascinating. It says a number of things to me straight away.

Firstly, this is clearly not an initiative of the new Coalition Government, given that Tony Abbott’s new cabinet hasn’t even been sworn in yet and thus has no official power over departments like Finance. This ERP effort must have been prepared for the previous Labor Government, and been in stasis since the election’s Caretaker period kicked off. However, it seems likely that Finance has at least touched base with someone from the new Cabinet before releasing the document today.

Secondly, this effort takes place in the context of the fact that virtually every IT shared services effort across every state government in Australia over the past decade has failed. Finance cannot, it simply cannot, drag the Federal Government into an IT shared services situation with respect to ERP. It would fail, as every other similar initiative across Australia has failed. This means that Finance is likely planning something different — a middle path between IT shared services forced on departments and agencies and leaving them to their own devices. It’ll need to be done diplomatically and carefully, given the pitfalls on either side.

Thirdly, it is apparent that this effort by Finance will explicitly target small to medium-sized agencies. Super-departments like Defence and the ATO have extremely complex ERP needs, and will never try and match the approach taken by other agencies. Finance’s move here implies that there is a degree of ERP upgrades needed within quite a few small to medium departments in the Federal Government, and that it would be useful to have some degree of coordination between those upgrades in the medium to long-term. The larger agencies such as Defence will likely be consulted but not directly brought in to the process in terms of new implementations.

Lastly, this effort also comes as the states are looking to cloud computing solutions to resolve their ERP woes. Finance is likely aware of this, and I would say that this approach to the market today is precisely targeted at getting medium to long-term visibility in terms of where the next-generation of cloud computing services is going.

SAP, Oracle, Microsoft, NetSuite and other companies with ERP solutions … start your engines. This is going to be a fascinating project for the Federal Government. So far it looks as though this is a sensitively and intelligently setup project. It’ll be interesting to see where it goes. That 2015 report will make for fascinating reading.