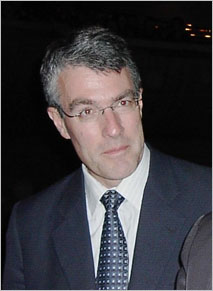 news Australia’s Federal Attorney-General Mark Dreyfus has made an extraordinary public statement that former CIA and NSA operative Edward Snowden and accused WikiLeaks collaborator Bradley Manning are not technically “whistleblowers”, claiming that the information they had released publicly related to no wrongdoing by government agencies.

Snowden shot to international fame in May 2013, after the NSA contractor collaborated with newspapers such as The Guardian to reveal a series of controversial US spy programs operated by agencies such as the National Security Agency, including direct access to data held by US technology giants such as Apple, Microsoft and Google . The US Government has charged Snowden with espionage and theft of government property, but much of the international community, and even respected US politicians such as former President Jimmy Carter, have applauded his actions as both patriotic and also serving humanity. In addition, a number of legal challenges have already been mounted to the legitimacy of the spying programs in the US.

For his part, Manning was recently convicted of a number of crimes relating to his work with WikiLeaks to release a massive amount of information from the US Government military, including US diplomatic cables and military reports that exposed many controversial military operations, including video of uS military officers wrongfully firing on journalists in Iraq. Manning’s release of the documents has also been controversial, but has been praised similarly as Snowden’s actions, and the release of the documents has been credited with helping to stimulate moves towards democracy and increased transparency in the Middle East.

Australia’s own Federal Parliament recently pushed through new uniform national whistleblower laws, which would protect public servants when they released information on wrongdoing in government.

However, speaking at the Security in Government conference in Canberra yesterday, Australia’s Federal Attorney-General Mark Dreyfus rejected the claim that either Snowden or Manning could be technically classified as “whistleblowers”, despite being widely regarded by the global public as several of the most significant whistleblowers of the modern era.

“Some people have suggested that all of the disclosures by Mr Snowden and Mr Manning were some kind of ‘whistleblowing’. Where an activity has been authorised under law and overseen by appropriate Government bodies and where no wrongdoing has been identified, the disclosure of information is not ‘whistleblowing’,” Dreyfus told the conference. “This is a critical point that is often overlooked in much of the media coverage of the release of classified information by Mr Snowden in particular.” The full speech is available for download here in PDF format.

Dreyfus said, given the “close relationship” between the US and Australia, he was “particularly concerned to ensure that those disclosures do not cause long- lasting harm to Australia’s ability to identify and respond to the many threats that our nation faces”.

The Australian Government has come under intense pressure over the past several years for what many in the wider community have seen as its draconian approach to intelligence-gathering activities.

In late June, for example, Dreyfus admitted that the Government had “shelved” its plans to impose a mandatory data retention regime that would have seen key data about all Australian telecommunications maintained for access by law enforcement agencies. The backdown was undertaken after widespread outrage by the public on the issue, as it would store extensive data about Australians who had committed no crime.

However, at the conference this week, Dreyfus extensively defended the intelligence-gathering activities of the Government.

“Australian intelligence agencies have made a significant contribution to our safety by constant and careful assessment of possible threats,” he said. “At least four planned terrorist attacks designed to achieve mass casualties on Australian soil have been thwarted by agencies since 11 September 2001. Our intelligence work contributed to the arrest of over 20 terrorists. Intercepted information has played an important role in recent counter-terrorism prosecutions and in preventing planned terrorist attacks.”

“The collection of intelligence is not only essential to protecting our national security in the traditional sense that I have just described. Intelligence gathering is also essential to protecting the Australian community from serious and organised crime. The Australian Crime Commission’s report Organised Crime in Australia 2013, released at the end of July, noted that the rapid development of technology, and the increasing availability of that technology throughout the world, has significantly increased the reach of organised crime.”

Dreyfus also acknowledged the importance of Australians’ privacy, but said at a conceptual level, the concepts of security and privacy were not contradictory.

“For this fundamental reason, everything Australia does to combat terrorism, to combat violent extremism, to counter espionage and to promote and uphold a safe and peaceful country is carried out in accordance with the rule of law,” the Attorney-General said. “Everything our intelligence and law enforcement agencies do, is done to ensure that Australia remains a free, open and democratic society. The legal and oversight arrangements of all Australian Government agencies should reassure all Australians that the privacy of their communications is appropriately protected.”

Dreyfus went on to outline the safeguards which he said strictly controlled access by Australian law enforcement and intelligence agencies to data collected through telecommunications interception, as well as the limitations on how that information can be shared with Australia’s international partners.

And he also fit in a jab at the Coalition.

“I have been struck by the silence of our political opponents on what they would do in the national security area if they got the chance,” the Labor MP said. “At the 2010 election the Opposition were virtually silent on national security issues. Their current policy pamphlet does have a section on counter-terrorism but it consists of only one sentence, which does not give us or the Australian public much to assess. I assume from the virtual silence from the Opposition that they approve of the Government’s current policy settings, and the resourcing of our national security agencies.”

“Wild claims”
Dreyfus’s comments spurred an immediate reaction from several other political parties. In a statement issued overnight, Greens Communications Spokesperson Scott Ludlam, who has often been critical of the Attorney-General’s Department over interception issues, said the claim by Dreyfus that Snowden and Manning were not whistleblowers “beggars belief”.

“Labor’s pursuit – with the full support of the Coalition – of greater powers to spy on Australians is a genuine threat to our civil liberties. Mr Dreyfus points out that just over 2000 convictions were achieved in 2011-12 based on evidence from telecommunications interceptions, while failing to mention that in that year law enforcement agencies – not including ASIO – made 293,501 requests for telecommunications data, without a warrant or any judicial oversight.  That’s almost 300,000 warrantless requests for data, and barely more than 2000 convictions. Yet Labor seeks to increase the power to spy,.”

“It is interesting that the Attorney-General says he assumes ‘from the virtual silence from the Coalition that they approve of the Federal Labor’s current policy settings’. He’s quite right – the Coalition and Labor are in lockstep on this, and both marching in a dangerous direction.”

A similar statement was issued by the Pirate Party Australia, which is standing for the Federal Election based on a platform of transparency and online digital rights. The Pirate Party described itself as “stunned” by Dreyfus’s comments.

“The Attorney-General appears to have forgotten that the ‘Collateral Murder’ video released by Manning clearly shows US pilots firing on civilians in Iraq,” said Brendan Molloy, lead Senate candidate in NSW. “What exactly does Mr Dreyfus mean when he says ‘government wrongdoing’? The US President is, as head of government, commander-in-chief of the United States military — is killing civilians not an act of government wrongdoing?”

“Surely covering up mistakes is not the mark of a transparent and competent government that shows respect for the electorate? The secret surveillance programs undertaken by the US National Security Agency do not foster trust between the state and the citizen, and undermines the very fabric of modern democracy.”

The Pirate Party noted that it believes that while a certain amount of surveillance is necessary, it should have judicial oversight in the form of a warrant, and should only be targeted at those in the warrant. There is nothing wrong with limited telecommunications interception powers being exercised in this manner, according to the party, but the Australian Government’s approach has “been dubious at best”.

“Mr Dreyfus mentioned that the disclosures from Manning and Snowden could cause long lasting harm to Australia’s ability to identify and respond to threats, but has not provided any evidence for this statement,” said Molloy. “We are being force-fed the claim that transparency is a threat to our national security, yet those making such claims fail to rely on anything but the usual rhetoric of terrorism, which they use to keep us in the dark and misinformed. What has changed since we became aware that the United States has been imposing a surveillance regime on all Internet traffic with the complicity of the Australian Government? Nothing.”

Pirate Party Australia noted that it protests what it described as the “blatant deception that telecommunications interception powers have been properly exercised”, citing the inadvertent censoring of 250,000 websites by ASIC as one example of government overreach. “In the United States, the PRISM program was overseen by a secret court, the opinions of which were not published, keeping the American people completely in the dark. It also seems that the US Congress may have been deliberately misled,” the party’s statement added.

“Oversight with regard to the exercise of broad censorship and surveillance powers among Australia and its allies is frankly appalling,” Molloy said. “Even if the activities were strictly speaking legal, exposing bad laws for what they are, or how they have been misinterpreted and abused is a necessary function of democratic discourse. Existing oversight, despite what the Attorney-General claims, is not good enough, and it is laughable to suggest that the Americans must seek ministerial authorisation before spying on Australians. As the exposure of the PRISM program shows, the United States has a total lack of respect for compliance with any privacy expectations, be they American, Australian or any other country anywhere in the world.”