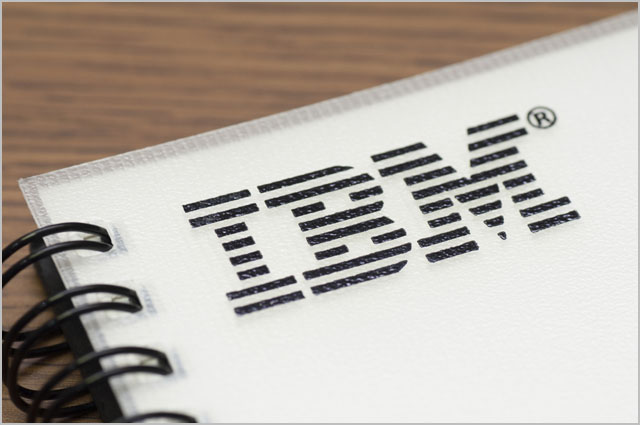 news The Queensland Government’s formal inquiry into the payroll systems upgrade debacle at Queensland Health has found damning allegations of procurement impropriety in the appointment of IBM as prime contractor for the initiative, and has concluded that Big Blue should never have won the contract in the first place.

However, the project, implemented by prime contractor IBM, Queensland Health itself and government shared services provider Corptech — quickly went off the rails as poor governance and the complexity of Queensland Health’s award system kicked in, with the result that many of Queensland Health’s 85,000 workers went without pay for a period, or were overpaid, at various periods from early 2010, when the system went live. The LNP administration in Queensland recently announced additional funding of the project of $384 million, taking total project costs to an estimated $1.25 billion.

A number of previous audits and inquiries have already examined Queensland Health’s payroll upgrade. For example, in June 2010, an audit by Queensland’s Auditor-General found that the project’s difficulties were caused by woeful project scope definition at the project’s commencements, as well as poor governance throughout, especially by the Queensland Government. KPMG has also audited the situation.

However, a new report published this week (PDF) following a formal Commission of Inquiry into the project went deeper into specific aspects of the project; specifically, the procurement process which resulted in IBM being appointed as its prime contractor. The report did back the findings of previous reports in the area, with the report’s author, former Supreme Court Justice Richard Chesterman, writing:

“I have identified two principal causes of the inadequacies which led to the increase in contract price, the serious shortcomings in contract and project management, and in the State’s decision to settle with IBM. Those causes were: unwarranted urgency and a lack of diligence on the part of State officials. That lack of diligence manifested itself in the poor decisions which those officials made in scoping the Interim Solution; in their governance of the Project; and in failing to hold IBM to account to deliver a functional payroll system.”

However, it also went into the other areas mentioned. Much of the report focused on the activities of Terry Burns, a former IBM staff member who was appointed by the Queensland Government to assist with appointing a prime contractor to take over the Queensland Health payroll systems upgrade. The report noted that Burns displayed “a distinct partiality for IBM” and bias in its favour during the procurement process, with Burns providing IBM with information during the process which was not given to others involved in the procurement process, such as Accenture, SAP and Logica.

There was no evidence that Burns had received any kickbacks from IBM for the favouritism, the report found, but added it would be “naive” to believe that IBM did not realise that Burns “was behaving extraordinarily for a man charged with the responsibility of investigating a very substantial government IT program and guiding the procurement process for a contractor to take it over”.

There was, however, a suggestion in the report that IBM’s financial bid for the contract, which was a key factor in it being selected, may have been “fixed”, using information which IBM received about how much the Queensland Government had available to it for the project, and Burns’ understanding that other bureaucrats involved in the purchasing process would not welcome a bid too far above that amount.

“IBM’s price was about half Accenture’s and substantially lower than Logica’s, which bid for part only of the initiative,” the report found. “The price was also substantially lower than its own price bid for the RFP and the prices proposed by three of its competitors in that process. IBM’s explanations for the reduction were unconvincing. To the extent that explanations were advanced which may have validity, no witness from IBM affirmatively ascribed the reduction to them.” IBM later significantly revised its dollar figure for the deal to an amount much closer to Accenture’s bid.

“The evidence gives rise to a suspicion that IBM offered a price to win the tender which did not genuinely express its estimation of the true costs involved,” Chesterman noted. “I cannot make a definitive finding to that effect but the evidence suggests that is a distinct possibility. What is clear is that the discrepancy should have been investigated by CorpTech.”

In addition, the report found that had it not been for IBM’s low bid, it would not have been appointed to the contract. “IBM’s proposed use of Workbrain, though offering accelerated roll out and reduced cost, was risky because it was untried,” the report found. “… rationality and sense gave way to haste and muddle, and the State committed itself to an untried solution.”

“It is equally impossible to know what the result of appointing a Prime Contractor other than IBM would have been. The only finding possible is that IBM should not have been appointed.”

The details of how the Queensland Health project then went increasingly off the rails during its implementation have been well-documented in prior audit reports. However, one aspect of the report released yesterday by the Commission of Inquiry that hasn’t been previously documented is its examination of the State Government’s response to the issue.

The report notes that the Queensland Government paid IBM some $25.7 million for the replacement payroll system, after the original contract price was $6.2 million. However, the cost of operating the system has been estimated by KPMG to be $416.6 million for the three years to 30 June this year, as well as a further $836.9 million for the five years ending 30 June 2017.

However, despite the fact that Queensland was advised by its solicitors that IBM was in material breach of contract for late and deficient delivery of the contract, and should prosecute IBM for damages in the case, the previous Labor administration in Queensland instead reached a negotiated agreement with IBM, rather than commencing legal proceedings. Much of the basis for this settlement was the belief that IBM may pull out of assisting Queensland with remediating the payroll system, if the Government terminated IBM’s contract. However, the report found this eventuality to be unlikely.

The contract settlement, according to the report, was a bad move. “The State’s response to the delivery of a malfunctioning payroll system was timid. Its attempts to recover any recompense for the delivery of a malfunctioning payroll system were ineffectual. The information and advice available at the time were enough to indicate that the settlement should not have been agreed,” the report stated. It also noted that the settlement was binding and that Queensland cannot now recover damages from IBM in the case.

Recommendations and lessons learnt
Chesterman, in his conclusions to the report, noted that the Queensland Health payroll systems upgrade would serve the state’s public sector as “an example of serious failure, both because of the sharp increase in the price paid and the waste of public sector resources”. Added to this, Chesterman wrote, was the “distress and inconvenience” caused to Queensland Health staff, many of whom could not afford the financial consequences of a dysfunctional payroll system.

“These problems are not ones which should be thought to be unique or unlikely to arise again. The particular circumstances of this failure may not recur, but the problems are systemic to government and to the natural commercial self-interest of vendors. They are commonly experienced in projects of this kind.” A recent ICT audit of the Queensland Government has indeed found many examples where similar project implementations need to take place, and the state is already engaged in several payroll systems upgrades.

Consequently, Chesterman recommended that: “There be forward planning for all legacy systems. The State should, to the extent its 2012 ICT Audit has not already done so, undertake risk assessments, contingency and succession planning for such systems to ensure they do not present the same level of risk and urgency that LATTICE was thought to present, and that decisions concerning them are not made in haste.”

“Before the initiation by the Queensland Government of major ICT projects, specific attention be given to what lessons may be learned from this Project for the particular project under consideration.” And Chesterman also recommended that the Queensland Government apply what he described as “an appropriate structure: to oversee large ICT projects, including relevant individuals with skills in project management, as well as the power to make inquiries and to report to senior public officials.

Lastly, Chesterman wrote that planning for the replacement of the Queensland Health payroll system, which will need to be conducted in about five years, begin immediately, and that assistance from Mater Health be requested, as Mater has recently conducted a major payroll systems upgrade successfully.