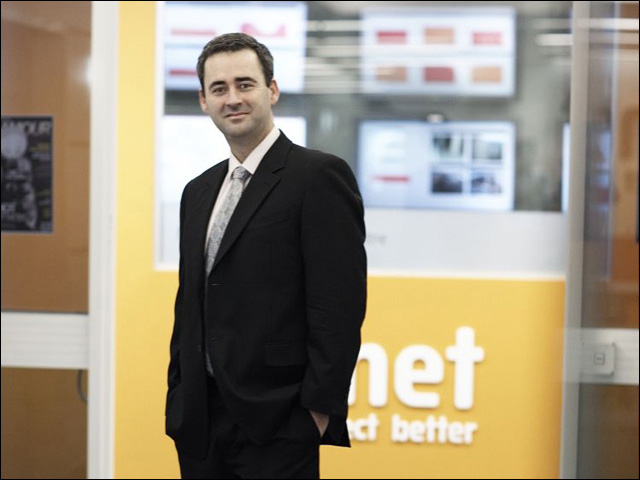 news National broadband provider iiNet this afternoon revealed it had reached an agreement which would see the National Broadband Network Company buy the fibre to the premises network which iiNet bought 18 months ago with its acquisition of Canberra-based TransACT.

“iiNet Limited has reached an agreement with NBN Co for the sale of TransACT’s fibre-to-the-premises (FTTP) network in the ACT region,” iiNet said in a statement this afternoon. “The TransACT FTTP network covers approximately 8,500 premises with a further 4,500 premises planned or already under construction.”

“Under the agreement, iiNet will receive $9 million cash for the existing premises passed. Additional equivalent per premise consideration will be received as the remaining premises are passed or connected. The transaction is not expected to result in a material net impact to the iiNet Limited income statement in FY13 or FY14.”

iiNet noted that under the agreement, TransACT would complete construction of pit-and pipe infrastructure in some new estates where agreements were in place until 2017, and transfer ownership to NBN Co for no additional charge. The agreement also provides NBN Co with long term access to additional underground duct infrastructure within the ACT, according to iiNet.

iiNet Chief Executive Officer, Michael Malone, said the deal is a positive one for iiNet and for TransACT’s customers. “This agreement means that TransACT’s FTTP customers will soon be able to experience the benefits that come from being on the NBN. We’ll be communicating with our FTTP customers throughout the process to ensure a smooth transition over the next twelve months,” he said.

The execution of the deal is subject to a number of conditions precedent, including ACCC clearance, and is expected to complete in the next two months, according to iiNet. It appears as though iiNet will retain TransACT’s retail customers on the network, and that it is likely that NBN Co will open the network up further for use by rival telcos. It also appears that NBN Co has not agreed to buy the HFC cable networks which TransACT operates in Geelong, Mildura and Ballarat.

iiNet bought TransACT in November 2011 for $60 million. At that point and since, debate has existed within the telecommunications industry as to the potential for NBN Co to overbuild the TransACT infrastructure in the ACT.

In November last year, Malone reportedly (according to ZDNet Australia) challenged NBN Co to either buy the TransACT infrastructure, or be prepared to compete with a rival telecommunications offering that had half the cost base of NBN Co’s own planned infrastructure in Canberra. At the time, Malone put the cost of buying iiNet’s infrastructure at $1,050 per premise.

NBN Co CEO Mike Quigley said: “This is a good deal for iiNet, for NBN Co and for residents passed by the TransACT network in the ACT. For our part, it brings forward NBN Co’s ability to earn revenues, reduces construction costs and limits community disruption.”

NBN Co plans to integrate the TransACT FTTP network with the NBN. Residents’ in-premises equipment will be swapped over when a home or business owner orders an NBN-enabled service through their preferred service provider. TransACT will continue to complete construction of pit-and-pipe infrastructure in a number of new estates where developer agreements are in place until 2017, and transfer ownership to NBN Co at no charge, for the installation of fibre.

TransACT will also provide technical support to assist the integration of their FTTP network with the NBN and work with its customers to achieve a smooth transition. The execution of the deal is subject to a number of conditions precedent, including ACCC clearance.

opinion/analysis
Likely a very good move for NBN Co; although this doesn’t look like a very good deal for iiNet, at only $9 million for an initial payment (remember, iiNet bought TransACT initially for $60 million). I wonder when or whether NBN Co is planning to buy out Telstra’s South Brisbane fibre area in a similar deal.

The Coalition will spin this deal as artificially increasing NBN Co’s rollout figures; the Government will spin this as a worthwhile investment that will stop NBN Co having to overbuild an already existing FTTP network in Canberra. Personally, I don’t really think this will mean much for those people who actually matter — that is, the existing customers of TransACT’s fibre in the ACT. Those customers already had access to fibre to their premises and will continue to have that access — albeit probably with more competing retail players eventually.

From my point of view, it’s all very logical. I kind of expected that wise heads in NBN Co would eventually see that this was a sensible move.