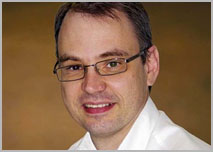 news Hosting and cloud computing giant Rackspace this morning revealed it had hired one of Australia’s most cloud-savvy chief information officers, former Altium IT executive Alan Perkins, in a key role to spearhead the adoption and development of the company’s solutions in Australia.

Rackspace is one of the largest global hosting companies, providing a range of services from eight existing datacentres located overseas, and as of late 2012, from a new datacentre based in Australia. The company provides infrastructure services ranging from dedicated hosting to private and public cloud services, as well as application hosting — such as email systems. Locally, it already counts prominent organisations such as Rio Tinto, Telstra, Australia Post, Monash University and Tourism Queensland among its customers.

For his own part, Perkins (see his LinkedIn profile here) has long been one of Australia’s loudest voices regarding the adoption of the new generation of cloud computing technologies, courtesy of his time leading the IT division of Altium, a company which makes design tools for electronics manufacturers. Perkins was one of the driving forces behind Altium adopting software as a service and cloud computing platforms from vendors such as Salesforce.com and Google, and commented frequently on the adoption of cloud technologies at the company during the years leading up to his departure in August last year. He was the CIO at Altium for seven years, out of a ten-year career with the company.

In a statement this morning, Rackspace revealed Perkins had been hired as its Sydney-based director of Technology and Product for the Asia-Pacific region.

“This is an important time for the development of open cloud technology as Australian firms align to truly flexible computing models that will ensure they can perform with maximum agility in both the short and long term. With the launch of an Australian datacentre and the company’s rapid growth in the region, it’s a great time to be coming on board,” Perkins said in Rackspace’s statement.

Rackspace Australian and New Zealand Country Manager Mark Randall said he was thrilled to welcome a leader of Perkins’ “pedigree and ability” to the Rackspace family. “Alan is widely regarded as a visionary. He comes with a huge reputation as a cloud pioneer, with over 20 years experience in systems analysis and design. At a time when cloud and hosting decisions are becoming increasingly important to business, it gives us tremendous confidence to know that we’ve got someone of Alan’s diverse experience, leadership skills, and deep knowledge of technology on board.”

opinion/analysis
I’ve spent a bit of time with Perkins on an overseas trip to Singapore with Salesforce.com, and have a great deal of respect for the executive. Some may not recall, but cloud computing hasn’t always been hyped in Australia; for quite a few years many executives looked on software as a service solutions from Salesforce.com as being inherently unreliable and “the cloud” as something which would soon disappear into the ether.

It’s executives such as Perkins who have helped turn this narrative around; to get Australia to the point where we’re at now, where major corporations and government departments now regard cloud computing as a normal part of everyday business. The Rackspace position strikes me as a very good fit for Perkins and it’ll be interesting to see how the company develops its Australian offerings going forward.