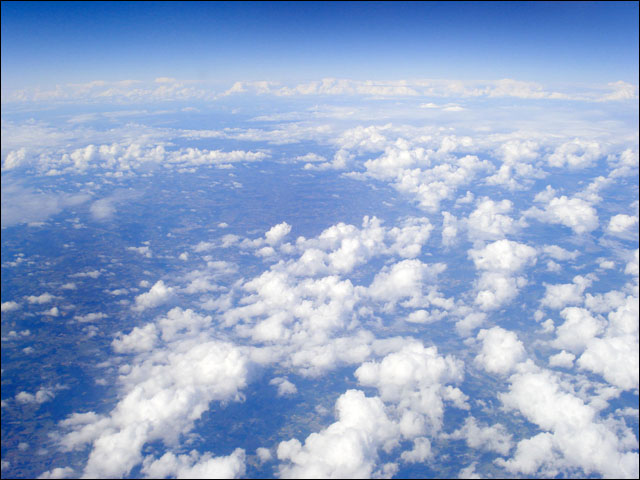 blog Cloud, cloud, cloud. It’s all we ever seem to hear about in enterprise IT these days (although Stephen Tame’s segue into unified communications was a fascinating one), and we wouldn’t be surprised if y’all were sick to death of it.

However there’s no doubt it’s what people are thinking and talking about right now, as evidenced by these blogs posted in the past week by Australian chief information officers. Writes Altium CIO and well-known cloud fan Alan Perkins:

It occurred to me recently that the Coase Theorem may have some fascinating implications for the property rights of information stored in the cloud. The Coase Theorem, as I recall it, goes like this: Regardless of who owns resources initially, given clearly defined property rights and zero transaction costs, resources will always be allocated most efficiently at the end of the day.

This makes for some really interesting discussions about the Internet and property rights to information.

It’s a fascinating idea; I’m just not sure how precisely you would measure it. However, Perkins is right; it does raise the question of just how valuable our data is (think the gigabytes of email you probably have in Gmail) and how we should safeguard our ownership of it.

Another discussion has been kicked off on the blog of Ingenero IT manager Steve Berg, who goes into detail on a fascinating cloud computing project he has going:

I am currently undertaking a project that is examining the validity and cost effectiveness of moving a 60 user company into the cloud.

This project would take all servers and all applications (excluding voice) and move them into a managed data center facility. The entire desktop experience would be run out of that managed facility in a true multi-tenanted model, with our users sharing the same managed hardware and applications as other company’s users. The desktop would be a true SOE running Exchange, Office, AV and the MS CRM client delivered via a Citrix thin client.

To me, this is true cloud or utility computing.

The project looks fascinating, and we can only speculate as to which organisation that Berg’s looking into it for; it could be Ingenero, but I would guess that Berg wouldn’t post so publicly about it if that were true.

I hope that the CIO can eventually reveal more about the outcome of the project, as this is the kind of deployment that I think a lot of organisations are looking to setup internally in branch offices or spin-off company deployments. It’s not truly out of the box thinking, but it is interesting.

A trend that I am seeing at the moment is that Australian chief information officers are actually thinking in a much more innovative way than vendors or even analysts about cloud computing. Usually it’s the vendors trying to market their solutions at chief information officers reluctant to accept their spin and conservative in their buying habits.

But at the moment, CIOs are coming into their own as strategic decision-makers and are really thinking out far ahead and in a very creative way.

Some examples of Aussie CIOs who have blown my mind recently are Jetstar CIO Stephen Tame and Komatsu general manager of IT Ian Harvison. I hope to have more such amazing conversations soon.