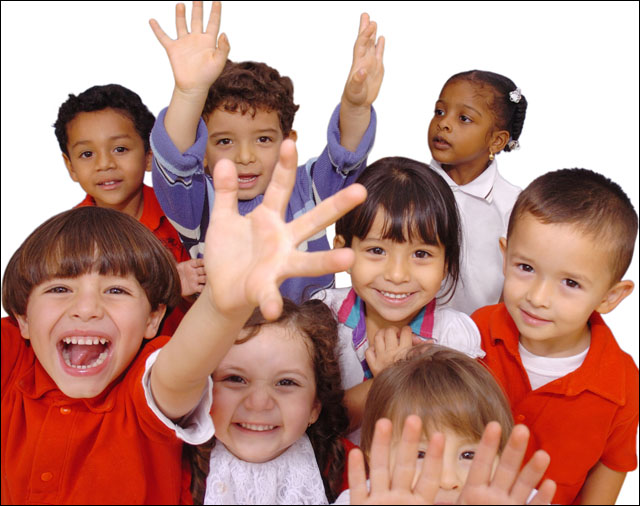 news In the wake of the death of Labor’s controversial Internet filtering policy, the Opposition has proposed creating a new Federal commissioner to coordinate a national approach to protecting Australian childrens’ safety online, with powers that would include forcing social media providers such as Facebook and Twitter to take down objectionable content.

Over the past several years, a number of controversies have arisen in Australia regarding Internet bullying and objectionable material affecting children online. Examples include the February 2010 defacing of a Facebook memorial set up for Queensland girl Trinity Bates, which saw then-Queensland Premier Anna Bligh appeal to Facebook chief executive Mark Zuckerberg, as well as an agreement between Twitter and Australian law enforcement over cyber-bullying in September this year.

To address the issue, the Coalition established an Online Safety Working Group in January 2012, chaired by Liberal MP Paul Fletcher and including a number of other Coalition MPs. Last week, shortly after the Federal Government revealed it would abandon its controversial mandatory Internet filter project, which was slated to tackle some of the same issues around objectionable content accessed by children online, the working group released a discussion paper (PDF) on the issue proposing a way forward in the area.

“The internet has immense potential to teach children, benefit society and enhance economic development. It should be as free and unregulated as possible,” the discussion paper notes. “But it is an unfortunate consequence that the freedom, innovation and anonymity of the internet enable insidious, malicious and illegal online activities against children. Dangerous and harmful material directed at children cannot be excused on the basis of freedom of speech. The Coalition does not support heavy handed regulation of the internet. But we do believe that more can be done to protect children online.”

“Children face many inappropriate risks online. They risk being a victim of child pornography, being groomed by a paedophile, becoming exposed to violent, pornographic or other age-inappropriate content, or being a victim of malicious ‘cyber-bullying.’ The community is understandably concerned about the content and experiences children are increasingly exposed to online. Given that the Federal Government has primary responsibility for the regulation of the internet and telecommunications under the Australian Constitution, there is a compelling case for the Commonwealth to adopt measures that help protect children online.”

The discussion paper recognises the success of giving parents more control over their children’s access to online content through installing filtering software on home computers, and also highlighted the success of industry co-regulatory schemes which guide the actions of Internet and mobile service providers and content hosts. However, it also notes that such schemes have limitations.

“While this scheme has worked, there are limitations,” the paper notes. “It can, for example, be very difficult and overly time consuming to have objectionable, offensive, or illegal material removed from the internet. Material hosted overseas is beyond its reach. Content that is detrimental or malicious to a child, but not illegal, may be near impossible to remove.”

To address these kinds of issues, the discussion paper proposes the creation of what it describes as a ‘Children’s e-Safety Commissioner’, who would coordinate a national response to online safety, developing educational campaigns and guidelines, as well as enforcing new regulations around the takedown of offensive material associated with online bullying, and especially with social media platforms.

The Coalition has proposed a scheme whereby, after a complaint was made about offensive material to a social media platform (above a certain size), that provider would have a short period, say 48 hours, to remove the material. If no action was taken, the Children’s e-Safety Commissioner could get involved and direct the social media provider to remove the material, through legal means if necessary. The decisions could be challenged in court if necessary.

“Such a scheme would enable large online social media outlets to demonstrate their commitment to corporate social responsibility in protecting children from harm while not seeking to deal with online material directed at adults,” the discussion paper notes.

The release of the discussion paper has been met with criticism from both sides of politics. Communications Minister Stephen Conroy claimed the Coalition had merely adopted the Government’s existing policies in the area — stating Labor had spent $128 million on similar cybersafety initiatives over the past five years.

The Institute for Public Affairs — a free market thinktank which usually appears to share more views with the Coalition than with Labor — wrote on its Freedom Watch blog that the Coalition’s vision consisted of “platitudes”. “The trans-national nature of the internet makes the implementation of any kind of legal framework very difficult and very expensive,” wrote the IPA’s Simon Breheny, director of its Legal Rights Project.

“The proposal is also likely to do nothing but enforce existing laws. There are already criminal offences that cover cases where harassment and threats have occurred. And it’s the various state governments’ responsibility – not the Commonwealth – to ensure that police have adequate resources to effectively enforce these laws. All this would do is add another layer of unnecessary and ineffective government bureaucracy … the solutions to problems like these are for parents to take an active role in their child’s life. A government-appointed e-Safety Commissioner won’t put an end to bullying. The best chance we have against bullies is building strong family units and good communication between school teachers and parents.”

opinion/analysis
In my opinion (and yes, I am a parent) there is no real need for Australia to set up a new Federal commissioner to deal with the issue of children’s safety online. The reality is that this is yet another attempt by an Australian Government to control something which is flagrantly impossible to control – the Internet. Even when I was in high school – almost 15 years ago now – everyone knew at that stage that the Internet was a place which the authorities found it hard to deal with, especially authorities important to kids such as teachers, school principals, parents and so on.

Since that time, things have gotten even further out of control. Sure, it’s possible for the Government to work more closely with social media sites such as Facebook and Twitter in stopping objectionable content from being published online. But attempting to do so is akin to playing a constant game of whack a mole – if one Facebook page with cyber-bullying material is shut down, another one will spring up instantly, and if that page is shut down, perhaps the perpetrators will take to Reddit or one of a thousand other sites – or even a custom-created forum – to do the same thing.

Most of the complaints about these issues, to my mind, come from people who don’t fundamentally understand the nature of the Internet. If you want control online, that control can be had for discrete projects. Want to set up a memorial site so a community can grieve? Don’t do it on Facebook, where anyone can anonymously post. Set it up as a private forum where registration is linked to real-world details, and verify posts. Want to stop your children from being bullied online? Speak to your children regularly, be close to them, and you’ll not only know when it’s happening (and can perhaps speak to other parents or teachers), but you’ll also give them the confidence to withstand this kind of behaviour.

The Internet is an extremely open technical platform and was designed this way from the start. In my experience, virtually every attempt to regulate it has been met with failure. You don’t deal with anti-authoritarian technology by trying to set up laws around it. The Internet will ignore those laws. You deal with it by focusing on better technology; using the Internet’s strengths for good rather than trying to attack them when they’re used for ill.

Of course, unlike Labor’s failed mandatory Internet filter policy, at least the Coalition’s online safety scheme doesn’t look like it’s actually going to cause any harm to normal use of our digital medium. Perhaps, given the recent attempts the Federal Government has tried to make to control the Internet in Australia, this is the best we can hope for in politicians’ views of the Internet: Just don’t make things worse.