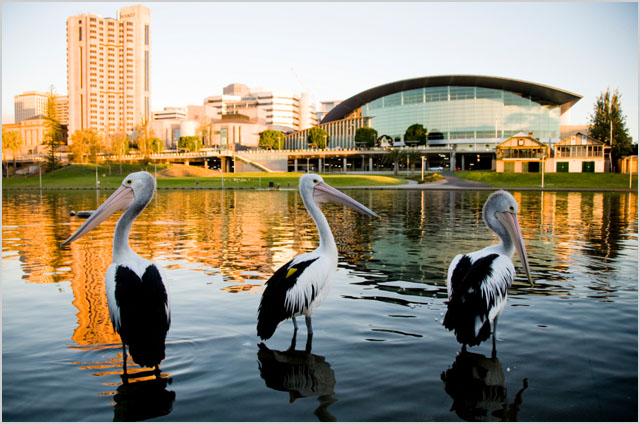 news The nation’s largest telco Telstra has announced plans to firm up its already dominant position in Australia’s broadband market, through the acquisition of South Australian broadband provider Adam Internet.

The planned deal was rumoured in the industry this week, and confirmed this morning in a joint statement issued by Telstra and Adam Internet. “Telstra has entered an agreement to acquire the Internet Service Provider, Adam Internet and will support the South Australian broadband business expand nationally,” the pair’s statement said. “The agreed acquisition, which is subject to ACCC approval, will see Telstra acquire all of Adam’s business including Adam’s Adelaide data centre and fibre assets.” Telstra said it would would retain the Adam brand and run the company as a stand-alone subsidiary of Telstra.

“Customers trust the Adam brand and we’ll certainly be keeping it as we work towards further growth under Adam’s first class management team. We are excited to be able to help this South Australian success story expand nationally,” she said.

Adam’s executive chairman, Greg Hicks said Adam and Telstra’s shared customer service philosophy was “a pivotal reason” behind today’s announcement. “This agreement will help cement a strong future for the Adam brand, our people, and our customers and represent the next stage of Adam’s growth,” Hicks said.

“The outcome of this transaction for Adam’s existing customers is simple – Adam will continue to provide excellent value for money broadband that doesn’t compromise on service. The message for potential new customers is that, with Telstra behind it, Adam will be expanding nationally. We’ve built a great business with a great team running it and we’ve got a bright future. Adam Internet customers can continue to contact us in the normal way,” Hicks said.

Hicks will remain an important part of the Adam operation as a consultant following the completion of the sale. The pair of companies said that existing employment arrangements for current staff would not be impacted by completion of the sale.

News of the acquisition is likely to attract the interest of the Australian Competition and Consumer Commission, which will likely consider whether the deal would be to the detriment of competition in the broadband industry, given Telstra’s already dominant position in it. It is possible additionally that Telstra’s rivals would object to the buyout on the basis of competition grounds.

The news comes as Australia’s broadband market continues to see sharp levels of consolidation, with companies such as Internode, AAPT’s consumer division, Netspace and TransACT having been snapped up recently by iiNet, and Optus picking up wireless telco vividwireless.

opinion/analysis
It’s been an open secret for a long time in Australia’s telecommunications market that the Hicks family — which has long controlled Adam Internet – has had the company up for sale. I think the family has just grown tired of managing the business which it founded back in 1986 and is looking to cash out, at a time when the industry is going through rapid change and continued consolidation is afoot.

However, I am quite surprised that Telstra has put its hat in the ring to pick up Adam Internet. The telco must surely be aware that the ACCC will be looking very carefully at this acquisition to vet it for competition concerns. Most industry onlookers have ruled out new acquisitions by Telstra in Australia’s telco sector for years, because of the big T’s already dominant position. Telecommunications policy is supposed to enhance competition; not facilitate Telstra to crush it.

In this sense, it is possible that Telstra views this acquisition as a test case. If the ACCC cracks down on this one with a vengeance, it will mean that Telstra will find it hard to expand further along similar lines in future. But if the ACCC allows it, it may mean that Telstra’s tacit ban on acquisitions may not be quite as firm as previously believed.

The only possible reason I can think of for doing this is to position Adam Internet as a low-cost alternative to Telstra’s expensive BigPond broadband services … or possibly to make an argument to the ACCC that, like iiNet, Telstra will be operating competing broadband brands in the market, helping to enhance competition. Of course, this won’t really enhance competition. But it would be an interesting and new position for Telstra to take. Interesting times. There’s a Telstra and Adam Internet press conference at 11AM. We’ll know more after that point.

Note: If you’re wondering, the photo above is of Adelaide’s Torrens River, with some of its famous pelicans ;)