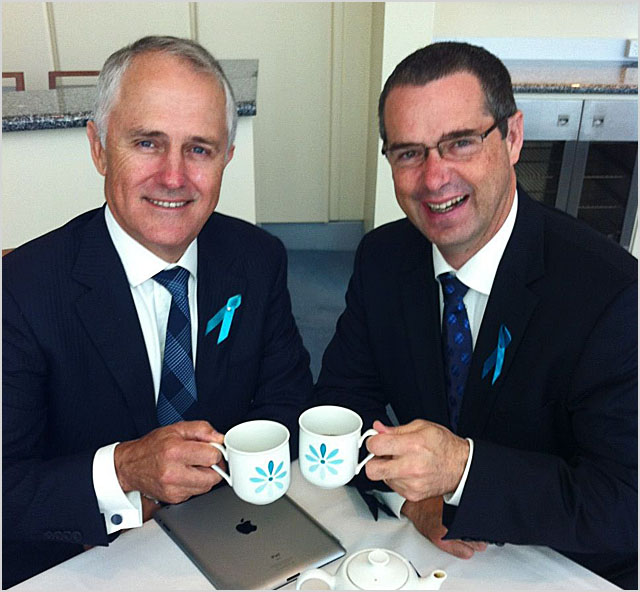 blog Since he was appointed as Shadow Communications Minister in late 2010, Liberal MP Malcolm Turnbull has appeared to increasingly adopt the policy aims and even some of the implementation details of Labor’s flagship NBN policy. From his vow to ‘complete the NBN objective’ to his commitment to the separation of Telstra and even maintaining NBN Co as a government-owned concern, many have commented that the Coalition’s NBN policy is increasingly looking like … well, Labor’s. The idea has been aided by persistent industry suspicions that Turnbull is secretly in favour of the NBN.

However, The Australian newspaper reported last month (we recommend you click here for the full article), this might end up working against Turnbull in the long run:

“A range of sources expressed concern about how effectively Mr Turnbull was making the case against the NBN, which was a significant drawcard for Labor at the 2010 election. “There is a widespread concern that Malcolm is far too close to the Labor policy,” said one MP.”

Personally, I suspect Turnbull has provisional Shadow Cabinet approval for some aspects of what he has presented as the Coalition’s rival NBN policy, but not all; I suspect that the Earl of Wentworth has very much gone out on a limb with respect to some of his statements regarding it, and that some of the more conservative elements of the Liberal Party would not be in favour of some of Turnbull’s pseudo-policy pronouncements. In contrast, I suspect that many National Party politicians are actually quite heavily in favour of the NBN, given how strongly it supports rural and regional residents. It will be fascinating to see, come the next Federal Election, how much of Turnbull’s NBN pronouncements actually survive to make formal Coalition policy.