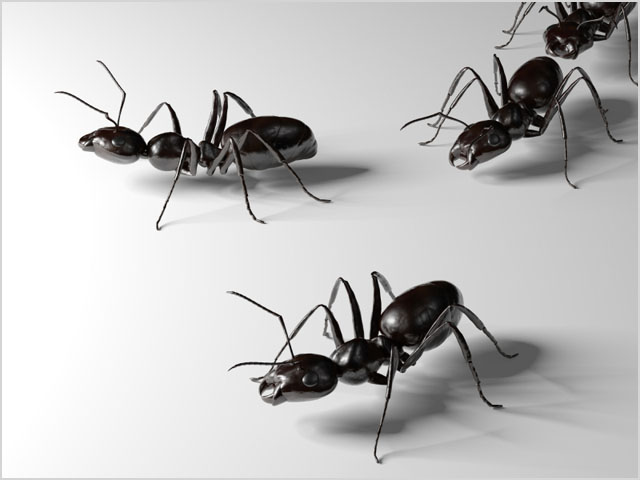 analysis When you think about competition on the National Broadband Network, you normally think about major telcos like Telstra, Optus and iiNet battling it out to win Australia’s broadband spend. But the truth is that a large number of very small ISPs have already joined the NBN market and are also competing.

The depth of competition in the emerging NBN market can be witnessed by looking at a page on NBN Co’s site which the wholesaler has set up to provide information and links to the retail Internet service providers which sell services to customers over its network. Initially the page only contained a handful of ISPs. But over the past few months, as commercial services have launched on the NBN, several dozen more have been added.

The interesting thing is that I’ve been covering Australia’s telecommunications market for the best part of a decade, and I’ve never heard of most of these companies.

Take Aardvark Internet (whose name appears calculated to win it first place in any directory of ISPs). The company’s modest website states that it’s a mid-sized ISP which providers Internet and Internet telephony services to all Australians, having been established 18 years ago in 1994. It’s hard to know just what sort of NBN options Aardvark expects to provides to customers. Although it lists access to the NBN’s fibre footprint as an available product on its site, it doesn’t list any pricing plans, taking a similar approach to its ADSL broadband options and encouraging prospective customers to contact it directly instead. Later this year it also plans to offer access to wireless and satellite services on the NBN.

Another company, Ace Internet Services, also has a long pedigree, being established back in 1995 to provider Internet to New South Wales’ Southern Highlands region. The company offers a complete suite of NBN pricing plans, ranging from 12Mbps plans for $45.95 per month with a meagre 10GB of data quota included, right up to a fairly competitive 100Mbps plan with 400GB of data included for a monthly cost of $102.95.

There are a number of other very similar ISPs to these two — typically ISPs focusing on a specific region which have had their roots in providing dial-up and ADSL broadband throughout the 1990’s and 2000’s, and have built up a moderate customer base over that time. These ISPs appear to be making a pitch to continue their business operations under the NBN by continuing to focus on their region and providing better, highly Australian customer service to customers in those areas. Some examples include RedBack Communications, Fastel, North Queensland Telecom and more.

There’s also another class of emerging niche providers: Those that appear to have focused on satellite and wireless broadband in the past to rural and regional areas, and are now extending their platforms to cover the NBN, as well as simultaneously signing up to offer fibre as well. Some examples of these companies might be SkyMesh, activ8me and NuSkope. Most of these also offer fairly competitive NBN plans in general.

However, there are also just some really weird quasi-ISPs out there which have signed up to provide NBN fibre services. Take DeVoteD NBN, for example. The company appears to primarily be a DVD, movie and game retailer and renter, which has a website and also a retail premises in Mill Park, Victoria. The company’s website boasts: “DeVoteD DVD has been in operation since July 2000. We are the largest Online DVD, Movie and Game store in Australia.”

The company has now set up a dedicated NBN area of its business. “Whilst new to the Retailing on NBN services,” the company’s website states (original capitalisation and punctuation) “We have built a loyal customer base both online and at our Rental in store at MILL PARK. With over 50,000 online customers and over 6,000 active customer at our MILL PARK Store. We pride ourselves in customer service and products we offer .” Despite its relative newness to the NBN market, however, DeVoteD NBN actually has some pretty decent broadband plans, with the company offering 100Mbps plans with 800GB of quota for $109.90, when a basic telephone package is included.

The quality of the websites advertising these retail NBN services from small ISPs also varies wildly.

DeVoteD NBN, for example, has what I would describe as a pretty atrocious website. It’s pretty functional and gets the job done, but it doesn’t look pretty. The same could be said of the ORCA Network, which boasts that it’s “an Australian owned and operated telecommunications company created with you, the customer, in mind”.

But for sheer poor design, the website of a new company entitled ‘MyFibre’ really takes the cake. The company’s use of poor quality images, fonts in bright colours which aren’t anti-aliased and poor English comes across as amateurish at best. “You won’t have heard about us before now, but that doesn’t mean we are some dodgy fly-by-night company,” the website boasts. “We are passionate about all things internety & all things computery. And we don’t think that we have to be excessively formal to bring you a great service either!”

Lastly, there are some companies which have been set up specifically from scratch to provide broadband services over the NBN. The best example of this is Australian Broadband Services (AusBBS), which hasn’t launched yet, but plans to this year. the company describes itself as a “NBN generation ISP” and claims to have access to lower cost business models and technology specifically designed for the high-bandwidth environment of the NBN, as opposed to existing ISPs, which need to deal with legacy broadband models such as ADSL.

“AusBBS will differentiate itself in the marketplace with a simple low cost product range that offers subscribers flexibility and clear value in comparison to established ISPs and other Telcos,’ the company’s website states. The company’s CEO Rob Appel told Computerworld in April that the company had licensed its platform “in the cloud” and was “the first purely NBN virtual ISP”.

Now, it’s certainly interesting checking out all the niche companies which have signed on to providing NBN services. But realistically, are these companies likely to provide any significant competition in the NBN marketplace, given the dominance of major companies such as Telstra, Optus, iiNet and TPG, which have pretty much carved up Australia’s broadband market between them at the moment? From a cursory glance, I’d consider it pretty unlikely.

But in each case, it seems clear that these ISPs are not going to have a significant impact on the level of competition in Australia’s broadband market.

The first reason that I can say that is that in general, the NBN plans being offered by the various players are all pretty similar. Usually they top out at around 400GB of download quota, and offer 100Mbps plans for around the $100 mark, with a range of lesser plans underneath this.

But, with the exception of Telstra, whose NBN plans are pretty overpriced compared with the rest of the current market, these plans aren’t that different from those offered by the major companies, and often they’re worse. iiNet and Optus already offer NBN plans around that level, and offer bundled services and value-add options which the minor ISPs don’t, such as access to the FetchTV IPTV service, mobile phone bundles, quota-free downloads and more. Much of the similarity no doubt comes from the fact that quite a few retail ISPs providing services over the NBN will actually do so through a third-party wholesaler such as Optus, and thus will have limited scope in terms of pricing innovation, due to reduced margins.

When you combine this home truth with the obvious fact that these major telcos have a huge marketing muscle which they’re continuously flexing to generate blanket advertising, it’s hard to see how smaller ISPs will be able to compete, even in rural areas. Both iiNet and Optus have blanketed Australia with advertising over the past several years, and this trend looks set to continue. I’m originally from a small country town myself, and I can say that there’s no way regional players will be able to win many adherents in the face of these major brands.

Of course, there is still the potential for highly financed new players to enter the market and conduct similar marketing campaigns. I’m thinking of the way which companies like TPG and Dodo have come from relative obscurity over the past decade to win large slices of Australia’s broadband market, purely by keeping their costs (and sometimes service levels) down while constantly advertising cheap broadband plans to gain scale.

We could see this kind of activity in the NBN world from new players. I’m sure that major supermarket chains such as Woolworths and Coles will look into the opportunities offered by the NBN at some point, for example, as they have done in the financial services and mobile telecommunications markets previously, using their existing customer base to drive sign-ups. In addition, I’m sure we’ll also see one or two extra major players enter the NBN market. Vodafone, for example, has publicly cited its interest in the area, and of course TPG and Dodo will start providing NBN services as the network gains some scale.

Overall though, and despite the fact that I don’t think these small ISPs have much chance of competing strongly in the NBN market, their participation in the whole process is fascinating. The variety of the business plans being pursued, the fact that many companies appear to see quite a lot of opportunity in the NBN infrastructure and the range of players means the whole scene is evolving in a fascinating way, and I’ll be interested to see how it develops in future.

Would you sign up with a niche ISP for NBN services? Or would you only buy services from a major ISP? Post your thoughts in the comments below.